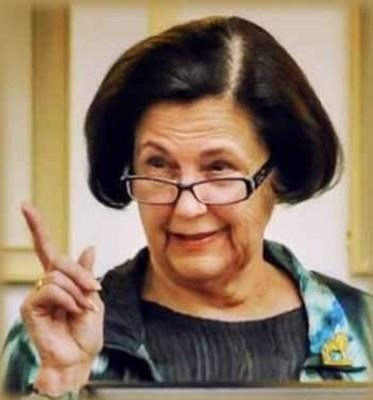 Lafayette - Melinda Waller Mangham died peacefully on April 30, 2020, after a brief but brave battle with cancer. She is survived by her daughter, Elizabeth Morgan "Liz" Mangham of Baton Rouge; her brother, The Reverend Stephen Jay Waller of Dallas, TX; her brother-in law, George Douglass, of Metairie; her nieces, Molly Hadden and her husband, Corky, of Bay St. Louis, MS; Melissa Steiner and her husband, Jerry, of Metairie, LA; Michelle Tyler and her husband, Doug, of New Orleans, LA; several great nieces and nephews; and her dear friend and caregiver, Annie Belle Shelvin. Whether you knew her as Melinda or Mrs. M or Mrs. Mangham or Mangham or Millie, she considered so many close friends as family and cherished each of you. Melinda was preceded in death by her husband, Michael Ray "Mickey" Mangham; her sister in law, Molly Mangham Douglass; her parents, Morgan Howard Waller and Elizabeth Bowen Waller; and her in-laws, Francis Ray Mangham and Louise Ratliff Mangham.

Her degrees, professional awards and affiliations are numerous and impressive. Mrs. Mangham was named a White House Distinguished Teacher by two Presidents, George H. Bush and, her favorite, William Jefferson Clinton. She was also named an Outstanding Educator by the University of Miami, Texas A&M, MIT, and the Illinois Institute of Technology and recognized as a Coca-Cola Educator of Distinction. Governor John Bel Edwards appointed her to the Louisiana Commission on College and Career Readiness. A proud alumnus of LSU, she served on the Advisory Counsel of LSU's Ogden Honors College and on the Executive Board of the Tiger Athletic Foundation. She also served on the University of Louisiana - Lafayette Center for Gifted Education Advisory Board.

Hundreds of Mrs. Mangham's former students wrote well-written, tear-jerking, grammatically correct letters of encouragement and gratitude to her in her final days. She loved hearing what her students were doing, reveled in their accomplishments, and planned to write each of them back asking, "What will you do next?" These very bright, articulate people wrote of Mrs. Mangham's selfless dedication, hard work, inspiration, unwavering support, steadfast encouragement, dignity, grace, and unyielding strength. A true teacher, mentor, co-worker, leader and friend, Mrs. Mangham marked this world indelibly with a green and red pen living each day "honor bright." She made a tremendous impact on so many as she set an example of integrity, kindness, patience, courage, and humility her students could aspire to emulate.

The family wishes to thank Dr. Charles Mitchell and his staff; Dr. Brad Gaspard and his staff; the doctors, nurses and staff of the Baton Rouge General Hospital; and the compassionate staff at The Crossing at Clarity Hospice.

With respect to the health and welfare of our communities, there will be a private burial and the family will announce a memorial service at a later date. In lieu of flowers, the family requests memorial contributions be made to Mrs. Mangham's Honors College Scholarship at the LSU Foundation "Memorial Donation - Melinda Mangham," 3796 Nicholson Drive, Baton Rouge, LA 70802, or in her name to Ascension Episcopal School, 1030 Johnston Street, Lafayette, LA 70501.

View the obituary and guestbook online at www.mourning.com