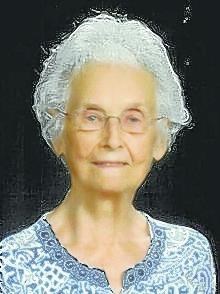 BORN
1926
DIED
2022
FUNERAL HOME
Resthaven Gardens of Memory & Funeral Home
11817 Jefferson Highway
Baton Rouge, LA
"Be faithful unto death and I will give you the crown of life" Revelations 2:10. Alaska Watson Holdcraft left this world to be with her savior on January 4, 2022 at the age of 95. She was a devoted Christian, loving wife, mother, grandmother and great-grandmother. Alaska was born on May 30, 1926 in Baton Rouge (Dixie) to Beulah Warner Watson of Pine Grove and Muse Watson of Greensburg, Louisiana. After the early deaths of her mother and father, she and her brother, Clifford M. Watson, moved to the Hammond, Louisiana area to live with their Uncle and Aunt, John Morris Tycer and Jewell Watson Tycer. Alaska graduated from Loranger High School and then attended LSU where she met her future husband Charles Bennett "Rusty" Holdcraft. The two were happily married for 47yrs and raised four children, Michael, Robert, Deborah and John Holdcraft. Alaska became a member of Istrouma Baptist Church in the 1950's and remained so until her passing. She was employed by the Louisiana State Highway Department in the contract and specifications division as an Administrative Assistant until she retired in 1984. She enjoyed serving the Lord, sewing, cooking and you could not keep her out of her garden. All of her children, grandchildren, and great-grand children were fortunate enough to have known her unconditional love for family and Christian values. Alaska was proceeded in death by her husband, her only sibling Clifford M. Watson and son John D. Holdcraft. She is survived by three children, Michael D. Holdcraft, Robert M. Holdcraft, Deborah H. Fletcher, five grandchildren and 4 great-grandchildren. A graveside service will be held at Resthaven Gardens of Memory on Tuesday, January 11, 2022 at 12:00 PM. The family would like to extend a special thanks to the staff at Magnolia Brook Assisted Living Facility and The Hospice of Baton Rouge for their excellent care during this difficult time, especially her nurse Susie Boudinot and aide Laurie Scott. Our family could not have made this journey without the love, compassion and support they provided. In lieu of flowers donations can be made to Shriner's Hospital or the Hospice of Baton Rouge.

Published by The Advocate from Jan. 8 to Jan. 11, 2022.
To plant trees in memory, please visit the Sympathy Store.
MEMORIAL EVENTS
Jan
11
Graveside service
12:00p.m.
Resthaven Gardens of Memory & Funeral Home
11817 Jefferson Highway, Baton Rouge, LA
Funeral services provided by:
Resthaven Gardens of Memory & Funeral Home
MAKE A DONATION
Please consider a donation as requested by the family.
MEMORIES & CONDOLENCES
6 Entries
Ms. Alaska was a cousin and close friend of my mom and dad. I look back now and realize how wonderful she was. She was always there for them to share laughs, memories, to lend comfort, visit at the hospital, bring food...whatever was needed. She was an angel on earth and and is now an angel in heaven enjoying a reunion with everyone who has gone before her.
Sallie Stephens Frintz
January 10, 2022
Ms Alaska was a wonderful co-worker and friend. It certainly was a blessing to have such a gracious mentor. Michale and Robert your mother would keep me updated on your lives as years went by. She was a loving mom. May God bring you peace during this time.
Mary Kay Henderson
Work
January 9, 2022
Miss my adoptive grandma. Love you and meet you again. Toughest woman I´ve ever known. Pawpaw Pete loves and missing you as well.
Paul G
Family
January 9, 2022
Ms. Alaska was a very pleasant person to visit and was a dear true friend. She will indeed be missed by all that knew her.
Joe Ray, Margie & Ms. Bets Gauthier
January 9, 2022
So sorry to see that Alaska has passed away. She and I were coworkers at DOTD for many years. She was really more than just another coworker; she was mentor to many young women, and she taught us much more than how to type a contract or proposal. She taught us lessons about life, like how to remain friends with fourteen women fighting over the thermostat. We were also neighbors in North Baton Rouge and my brother, Wendell, and I attended school with some of the children. My dad and Rusty had both worked at Ethyl Corporation too. A mother's love is forever and I trust the many memories bring the peace and comfort promised in God's word. Hugs and blessings, Tootie Hart
Hazel "Tootie" McDougald Hart
January 9, 2022
Deborah, sorry to hear of your Mom's passing. May the moments you shared grant you comfort and peace as you grieve. God Bless, Vincent
Vincent Giaccone
January 9, 2022
Showing 1 - 6 of 6 results