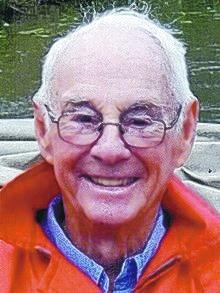 FUNERAL HOME
Harry McKneely & Son Funeral Homes & Crematory - Ponchatoula
100 W Magnolia St
Ponchatoula, LA
Albert Joseph Bodker, October 16, 1929 - October 22, 2021. Albert Joseph "A.J." Bodker passed away peacefully in his home, surrounded by family, on October 22, 2021, at the age of 92. A true Ponchatoula treasure, A.J. wore many hats: husband, father, pawpaw, teacher, principal, Presbyterian, Rotarian, advisor, and friend. He was beloved in each of these roles and he excelled at them. A.J. was married to his late wife, Colleen, for sixty-nine wonderful years and they had four beautiful children: Peggy, David, Mellie and Carol. Mr. Bodker was born and raised in Ponchatoula, and his blood ran green and white for the Ponchatoula Greenwave. He graduated from Ponchatoula High School himself, and after obtaining a Bachelor's degree in education from Southeastern Louisiana University and a Master's degree in education from Louisiana State University, he returned to his alma mater to teach and serve as principal. Mr. Bodker is one of the most esteemed principals in the history of PHS, serving in this role during one of the most heated times in our nation's history - integration- and ushering in this new era with grace. He was on the planning committee and helped implement the construction of the new high school which houses PHS students today. He was adored by students and teachers alike, and his commitment and professionalism motivated those under his tutelage to rise to the occasion and succeed. Even after retiring as principal after a 25-year term, A.J. could never stray far from his precious PHS, and he enjoyed working the scoreboard at Friday night football games in the swamp. Mr. Bodker's work as a civil servant extended beyond working tirelessly for his students and their education. A.J. was a member of the Ponchatoula chapter of Rotary, where he held the title of eldest member and previously served as President. He truly lived by the moto "service above self" as Rotary exemplifies daily. He loved serving gumbo and beer at the Rotary booth every Strawberry Festival weekend throughout his lifetime. Not only did he participate in volunteer work through Rotary, A.J. was a member of the Tangipahoa Parish library board, an honoree of the Boy Scouts of America, and he served as both Chairman and Board member of the North Oaks Hospital Board of Commissioners and later North Oaks Hospital Foundation Board. He loved working in his community to help Ponchatoula grow and thrive. When Mr. Bodker was not volunteering or working in his many roles in education, he enjoyed spending time at his family camp on the Tangipahoa River that he built himself in 1971, Camp Big Time. A.J. loved running trot lines for catfish or taking his grandchildren and great grandchildren for rides in his party barge. Always the teacher, he regaled his children and grands with stories on the clearing of the cypress trees along the Tangipahoa River and a history of the camps along its passage. He would allow children and grandkids to drive the party barge if they could pass a written test and master the boat tying knots to his precise specification- which was no small feat. Mr. Bodker had quite the sweet tooth, and he would treat his loved ones to his handcrafted milkshakes, perfected from his years working as a soda jerk in Harris drug store which stood in the building now housing Paul's Café. His family and friends will miss both his lessons and his treats. Mr. Bodker is preceded in death by his parents, Ruby and Joe Bodker, and his wife, Colleen Howes Bodker. He is survived by his sister, Dorothy Bodker Furr, and his children: Peggy Bruges (Tony), David Bodker (Diane), Mellie Bodker, and Carol Wiggins (John). He is survived by his grandchildren: Jay Wiggins (Aimee), Lee Bruges (Megan), Amy Bruges, Megan Kelley (Dean), and Becky Bodker (Blake). He is also survived by three great grandchildren: Brock, Elizabeth, and Hudson. A memorial service to celebrate the life of Mr. Bodker will be held at the First Presbyterian Church in Ponchatoula on Saturday, November 27, 2021 at 11:30 am with visitation beginning at 9:00 am. In lieu of flowers, his family requests donations be made to his beloved First Presbyterian Church of Ponchatoula. To show A.J.'s love and devotion to Ponchatoula High School, the family will be wearing Ponchatoula green to the memorial and asks attendees to do so if they desire. Arrangements are entrusted to Harry McKneely and Son Funeral Home and Crematory. An online guest book is available at www.harrymckneely.com.

Published by The Advocate from Nov. 23 to Nov. 27, 2021.
To plant trees in memory, please visit the Sympathy Store.
MEMORIAL EVENTS
Nov
27
Visitation
9:00a.m. - 11:30a.m.
First Presbyterian Church
Ponchatoula, LA
Nov
27
Memorial service
11:30a.m.
First Presbyterian Church
Ponchatoula, LA
Funeral services provided by:
Harry McKneely & Son Funeral Homes & Crematory - Ponchatoula
MAKE A DONATION
MEMORIES & CONDOLENCES
1 Entry
Such a special man and for me, a teacher that was one of the best. He was always so kind and always did his best in whatever he had to do. He will truly be remembered with fondness.
myrna brewer
Friend
November 27, 2021
Showing 1 - 1 of 1 results