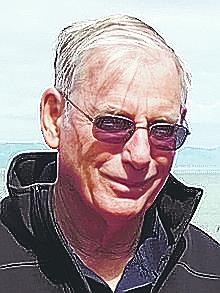 ABOUT
Baton Rouge High School
FUNERAL HOME
Resthaven Gardens of Memory & Funeral Home
11817 Jefferson Highway
Baton Rouge, LA
Albert Wilson "Will" Dixon passed away peacefully on August 17, 2021 at the age of 85. He was born September 8, 1935, in Baton Rouge, Louisiana to Emma Tate Dixon and Albert Dixon. Will graduated from Baton Rouge High in 1954 and served three years active duty in the United States Army which included the year of the Cuban Missile Crisis. He met Sharon Achord at Woodlawn Baptist Church and the two married in August of 1963. Will worked as a Master Electrician through IBEW Local 995 for 41 years. A member of First Presbyterian Church since 2001, he enjoyed worship, service, fellowship and attending the Tom and Jerry Sunday School Class. He was an accomplished carpenter, enjoyed horticulture and was an avid fisherman. Will met regularly with his Baton Rouge High School alumni class as well as his Tuesday Morning Bible Study group. He had a thorough knowledge of the Bible and a keen sense of wit. He attended LSU football games for 42 years and continued to root for the Tigers from the comfort of home. Will loved to travel both domestically and abroad and most enjoyed trips shared with family and friends. But, his greatest passion was spending time with those family and friends at home and growing his tomatoes and roses. Will is predeceased by his parents and sister, Carrie Mae Dixon Walters. He is survived by his wife, Sharon; and children Laura Shea Dixon Firnberg and husband Tim; David Wilson Dixon and wife Laura; grandchildren Joseph Wilson Dixon; and Elizabeth Anne Dixon Nugent and husband Charles; and nephews Stephen Walters and wife Martez; and Greg Walters and wife Shelly. A celebration of his life will be held at First Presbyterian Church at 763 North Boulevard on Wednesday, August 25. Visitation from 10:00 a.m. to 11:00 a.m. with service beginning at 11:00. The family wishes to thank Drs. Christopher Thomas, John Godke, Stephen Robert and the staff of ICUB at the Baton Rouge General Hospital for their dedicated and compassionate service. Special thanks to Nurse Jeanie and Caregiver Doretha Write.