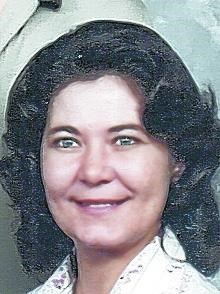 Spending time with family and friends was one of Anita Cavin Parker's favorite pastimes. Unfortunately, "Mrs. Anita" passed away unexpectedly from complications during heart surgery on December 22, 2021 at the tender age of 74. "Nana" as she was called by those close to her, especially enjoyed talking to and spending time with her grandchildren "Peaches" and "Peanut" as well as having daily calls and visits from her only son "Scooter." She was very proud of her grandchildren and enjoyed writing letters and sending gifts to both of them. Anita spent 30 plus years in the Baton Rouge finance business before retiring in 2008 after the death of her husband, Wallace William "Wally" Parker III (a Vietnam Veteran and Purple Heart Recipient). A tough leader and matter-of-fact business woman, Anita earned the nickname "The Piranha" from her co-workers and peers in the finance industry. She was a hard-working office manager and notary republic. She is preceded in death by her husband Wallace William Parker III; her parents Lev Otis Cavin and Lucille Day Cavin; her sister Loise Cavin McKey and husband Harrison McKey; her brother, Jack Cavin; her sister in-law Jeannie Cavin; her nephew Brad Cavin; and her nephew Thomas "TJ" Powell. She is also preceded in death by many close relatives and in-laws not named who she loved very dearly. She is survived by her only son, Paul M. Varnado II and his wife of 29 years, Lizel Fletes Varnado. She is also survived by her grandchildren, Lizel Maria and Katherine Elizabeth Varnado; her sister Estelle Cavin Powell; her brother David Cavin and his wife Karen; and her brother Lev Otis "Pewee" Cavin. Anita is also survived by many in-laws, nieces, nephews, and their children not named who she holds near and dear to her heart. Visitation will be held on Saturday, January 8, 2022 at 10 a.m. at St. George Catholic Church. Christian Mass will be held at 11 a.m. presided by Father Paul Yi with burial to follow in the Mausoleum. A reception will follow the ceremony at the residence of Paul and Lizel Varnado. Please send flowers and condolences for the ceremony to St. George Catholic Church at 7808 St. George Drive, Baton Rouge, LA 70809.

Published by The Advocate from Jan. 6 to Jan. 8, 2022.
To plant trees in memory, please visit the Sympathy Store.
MEMORIAL EVENTS
Jan
8
Visitation
10:00a.m.
St. George Catholic Church
LA
Jan
8
Funeral Mass
11:00a.m.
in the Mausoleum, LA
MAKE A DONATION
MEMORIES & CONDOLENCES
4 Entries
Deepest sympathy to all the family in the loss of Anita. Only found out from the obituary in today's paper. David, Estelle, and PeeWee, you all have had so much loss in your family in the last few years. My prayers and thoughts are with you all.
Gwen Joseph Durham
Family
January 9, 2022
I was so sorry to see that Anita had passed away. I would so love to have visited with her. We were classmates at Crosby Elementary School. She was so pretty. My condolences to all the family. God be with you all and comfort your hearts.
Gwen Arnold McNeil
School
January 8, 2022
Paul I am so very sorry for your loss.
Lisa Carter
Other
January 7, 2022
Ms. Anita, my sweet neighbor and friend; I shall always remember the many times we would stand on the sidewalk and talk about our families, especially the grandkids and we pulling each other garbage/recycle cans in from the sidewalk. I still walk out looking for you, but I know you have gained your spiritual reward and is sleeping in the arms of Jesus. We are definitely missing your presence. Love, Grace and Derek Major (next door neighbors)
Grace B Major
Friend
January 7, 2022
Showing 1 - 4 of 4 results