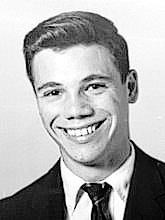 BORN
1949
DIED
2021
On October 9, 2021, our precious brother, Anthony Vincent "Vince" Fresina was released from all his earthly woes and his spirit is now free, whole and rejoicing in Our Lord's grace and heavenly reward. Vince was born in New Orleans, LA on April 14, 1949 to Anthony Charles Fresina and Gloria Carstens Fresina. He is survived by his siblings, Michael C. Fresina (Alice), Jeannie Langlois (Larry), Annette Spicer (Greg), nieces, Marie Frier (Scottie), Claire Braud (Alex), Katherine Fresina, Frances Lero (Hunter) and Elaine Peck (Brennan), grandnieces, Margot Frier, Maddyn Peck and Baby Boy Lero. A private graveside burial will be held at Greenoaks Memorial Cemetery at a later date. At the tender age of eleven, Vince was diagnosed with a life threatening kidney illness. During this time, most of which was spent bedridden or hospitalized, he taught himself how to play the guitar by ear only. He also passed the time by making the most beautiful rosaries for all of his family members and several nuns at Sacred Heart of Jesus Elementary School. Miraculously, after two and half years he survived his illness and went on to graduate from Catholic High School in 1967. During his high school years, he played lead guitar in several local rock bands and was considered to be one of the best lead guitarists in Baton Rouge. Vince attended LSU and graduated with a 4.0 average in chemical engineering. He then began his engineering career and worked at Ormet, Stauffer Chemical and BASF in Mobile, Alabama. Just about the time that Vince's adult life was truly beginning, he was most cruelly afflicted with schizoaffective disorder. Having survived many, many long and difficult years with this devastating illness and with the continued love and support of his family, his kind and gentle spirit always remained within his soul. Our sweet brother is now free to be who he was truly born to be. May your beautiful mathematical, musical mind and your most tenderhearted soul finally be at peace and may you be playing "Wildwood Flower" for Mama and Daddy and all the angels in Heaven! "Mr. Vince", you will remain in our hearts forever. 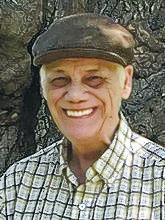 Published by The Advocate from Nov. 17 to Nov. 21, 2021.
To plant trees in memory, please visit the Sympathy Store.
MEMORIAL EVENTS
To offer your sympathy during this difficult time, you can now have memorial trees planted in a National Forest in memory of your loved one.
MAKE A DONATION
MEMORIES & CONDOLENCES
6 Entries
Vince was a kind person and an incredible guitarist! he taught me several riffs on guitar when I was in high school and still play them today! God bless you, Vince!
Thomas Guillot,M.D.
Other
November 23, 2021
Dear Jeannie, Annette, Mickey and family, Jan, Chug and I are so sorry to hear about Vince's passing. We will always remember him as a very nice, smart, sensitive young man. Vince and you all are in our thoughts and prayers.
Dennis L. Alonzo
Friend
November 23, 2021
So sorry to hear of your brother´s passing Annette. Sending our love and prayers!
Leon and LaRetta Stevens
November 18, 2021
Sorry for your loss, prayers with you and the family
Lillian Gerald
November 18, 2021
Sweet memory of Vince; I still have and will always treasure the metronome that he gave me sixteen years ago while visiting with our family. He had such insight and offered words of wisdom that have stayed with me all these years. Each time I used that metronome during a lesson with a student, I would remember that visit. May his sweet soul rest in peace. Love, Lucille
Lucille Fresina
Family
November 17, 2021
I just found out today that Vince has passed. I hold him dear in my heart and know he is in heaven, playing guitar, for Aunt Gloria and Uncle Tony. Rest In Peace my dear cousin.
Frances Fresina Pietri
Family
November 17, 2021
Showing 1 - 6 of 6 results