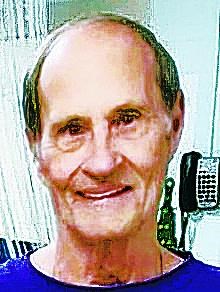 BORN
1945
DIED
2021
FUNERAL HOME
Seale Funeral Service, Inc. - Denham Springs
1720 S. Range Ave.
Denham Springs, LA
Arthur Beamon Edward Ross, better known as Abe to family and friends, was born in Baton Rouge, Louisiana on November 4, 1945. He was the son of William Harvey and Evelyn Ross and the younger brother of George Harvey Ross and Henry Lee Ross. Abe married Kathy Long in August of 1977. August 6th would have been their 44th wedding anniversary. They have loved each and served one another for over four decades and their union brought forth three children, Kandi Ross Gallaty (Robby), Rebecca Ross Aucoin (Robby), and Brian Edward Ross. He was a proud graduate of Istrouma High School, class of 1963. He attended Louisiana State University for two years before pursuing law enforcement. He also served in the United States Army Reserves and was honorably discharged in February of 1972. Abe lived a life of service and dedicated his career to law enforcement. Having worked at East Baton Rouge Parish Sheriffs office, Livingston Parish Sheriffs Office and the Louisiana Sherrifs Association he retired after serving for 25 years. Serving his community as a Police Officer ran through his veins and was a joy for him. Each of his children have also served in the fields of criminal justice, law enforcement and fire Marshal's office. Abe accepted Jesus Christ as his personal savior as a young boy while attending North Highlands Baptist Church in Baton Rouge. He led his family to join Don Avenue Baptist Church in Denham Springs in the 80s. All of his children surrendered their lives to Jesus there. He served on the personal committee of Don Avenue for two terms. Abe had a love for western, sci-fi, horror and John Wayne movies. He loved history, especially war history. He also knew everything there was to know about the Titanic. He and his son would talk many hours about their favorite movies. He loved gospel music and would sit and listen to hymns for hours. He was a loyal LSU fan and it was rare to not see him in LSU attire. He was always ready to share police stories to anyone willing to listen. Abe was a loving husband, remarkable father and endearing grandfather. He adored his 6 grandchildren, Baylen (14), Rig (12), Anabelle (10), Ryder (10), Dominic (8), and Katherine (4). To know Abe Ross was to love and respect him. We look forward to the day we join him in Heaven. Visitation will be held at Seale Funeral Home, in Denham Springs, on Saturday, July 24, 2021 from 1pm until Funeral Service at 3pm, conducted by Dr. Robby Gallaty. Burial will follow in Evergreen Memorial Park.