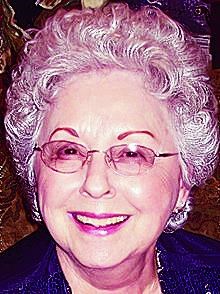 BORN
1928
DIED
2021
FUNERAL HOME
Rabenhorst Funeral Home & Crematory East
11000 Florida Boulevard
Baton Rouge, LA
Barbara Mire Rogers passed away peacefully at Carpenter House Hospice on Saturday October 16, 2021 at the age of 92. She was born on November 21, 1928, at Touro Infirmary Hospital, New Orleans, Louisiana. She was the daughter of Felicien and Essie Gautreau Mire and was the youngest of nine siblings. Her dad ran a pumping station for the City of New Orleans on Lake Pontchartrain and her mom ran Mire's Grocery. Later in her youth she moved with her mom to Gonzales, Louisiana, where her mom opened a boarding house. Moving from the big city to the country was quite an adjustment but she made many lifelong friends and graduated from Gonzales High School in 1945. She and her mom moved to Baton Rouge where she graduated from business college and went to work for the Louisiana State Department of Labor for 15 years. She met her husband, Ray Rogers, in Baton Rouge and they were married on September 4, 1948. Barbara was also involved with her husband opening up Rogers Auto Parts and also opening up Texas Club in Baton Rouge. She is survived by 2 children, Michael Ray Rogers and wife Mignonne and Mark Stephen Rogers and wife Cathy; 12 grandchildren, Ronald Rogers and wife Hallie, Bonnye Rogers, Sean Rogers, Faith Rogers and husband Ben, Christopher Rogers, Grace Rogers, Kyle Rogers and wife Monica, Brittany Rogers Tompkins, Blake Rogers and Felicia Capone, Hope Rogers, Charity Rogers and Wensi Xu and husband Andy and 11 great grandchildren. She is preceded in death by her parents, her husband Ray Rogers and daughter Kellye Marie Rogers who died at 7 years of age from Leukemia and 8 of her siblings; Felman, Ayrie, Al, Nancy, Ruby, Dill, Paul and Johnny. Barbara loved to dance and competed in many ballroom competitions over the years. She also loved rug hooking with her daughter in law Mignonne and they went to many conventions together. She also bowled with her Aunt Elma on a team sponsored by Rogers Auto Parts. She was one of the founding members of St. Aloysius Parish in Baton Rouge. Visitation will be held at Rabenhorst Funeral Home East on Thursday, October 21, 2021, at 10 am until service at noon. She will be buried next to her husband, Ray Rogers, and daughter, Kellye Rogers, in Resthaven Memorial Gardens. Pallbearers will be Kyle Rogers, Blake Rogers, Ronnie Rogers, Chris Rogers, Sean Rogers and Ben Sherman. Special thanks go out to Darryl Ward, her nephew, who lived with her for the past 5 years and aided in her caretaking.