BORN
1951
DIED
2019
ABOUT
Glen Oaks Senior High School
FUNERAL HOME
Resthaven Gardens of Memory & Funeral Home
11817 Jefferson Highway
Baton Rouge, LA
Cary John Atwood, 67, a resident of Baton Rouge, passed away Sunday, June 9, 2019,surrounded by his family. He was born on August 5, 1951 in Plaquemine, Louisiana, and moved to Baton Rouge as a young boy. A graduate of Glen Oaks High School, Class of 1969, Cary followed in his fathers footsteps becoming a Master Plumber and co-owner of Service Plumbing Company. Since childhood, Cary enjoyed fishing, boating, and being in the outdoors. An avid LSU sports fan, his love of the team was surpassed only by his love for his children and grandchildren. His favorite times were spent with his family, doing the things he loved most- camping, celebrating special occasions, and cheering on either his little ones at the ball field or LSU on TV. Those who knew Cary loved him for his gentle soul and kind heart; he was never without a smile on his face and a warm word for all he encountered. His humor and unique spirit lives on through the family he was so proud to call his own. Cary is preceded in death by his infant son, Jeffrey Atwood; his parents, Ralph and Vera Atwood; his brother-in-law, Donald Lavergne; and his former father-in-law, Donald Bennett. He is survived by his former wife, Cynthia Atwood; his daughter, Melissa Hutchinson; his three other children and their spouses, Ashley and Jeffrey Argyle, Jason and Kaci Atwood, and Kristen and Marshall Courtney; his sister, Jan Lavergne; his sister and brother-in-law, Stacey and Russ Nicholson; his former mother-in-law, Doris Bennett; his grandchildren, Alaina and Caleb Hutchinson; Wesley, Nora, and Loren Atwood; and Connor Argyle; and numerous wonderful cousins, nieces, and nephews. Visitation will be held at Resthaven Funeral Home, 11817 Jefferson Highway, on Friday, June 14, 2019 from 12:00 pm until services at 2:00 pm, with burial to follow. Pallbearers will be Jason Atwood, Alaina Hutchinson, Caleb Hutchinson, Jeffrey Argyle, Marshall Courtney, Russ Nicholson, Frank Pasqua, and Michael Pasqua. The family of Cary wishes to extend our sincere thanks to PACE, as well as all the doctors, nurses, and staff involved in his care, and family support, at Our Lady of the Lake Regional Medical Center, especially within the ICU. Family and friends may sign the online guestbook or leave a personal note for the family at www.resthavenbatonrouge.com.
Published by The Advocate from Jun. 12 to Jun. 14, 2019.
To plant trees in memory, please visit the Sympathy Store.
MEMORIAL EVENTS
Jun
14
Visitation
12:00p.m. - 2:00p.m.
Resthaven Gardens of Memory & Funeral Home
11817 Jefferson Highway, Baton Rouge, LA
Jun
14
Funeral service
2:00p.m.
Resthaven Gardens of Memory & Funeral Home
11817 Jefferson Highway, Baton Rouge, LA
Funeral services provided by:
Resthaven Gardens of Memory & Funeral Home
MAKE A DONATION
MEMORIES & CONDOLENCES
4 Entries
To the family, I am truly sorry. Last week, I also lost another friend from that era in Covington. Cary and I were in the Scouts together. I am pictured next to him in the picture from the canoe trip. We did a lot of camping, survival training, shooting, bowling and growing in the late '60s. I do remember enjoying being around him, and the rest of Air Explorer Post 32. Although I have been out of touch, he was not forgotten and a lot of us are better for having known him. 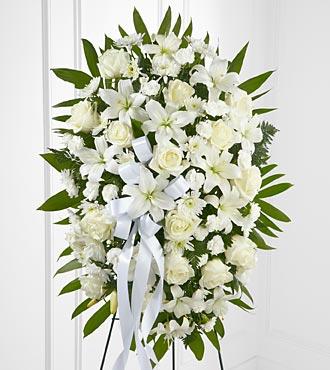 Meredith Bruick
June 13, 2019
Sending heartfelt condolences to the family for your great loss. Please know that so many others share your grief and are praying in behalf of the family for God to provide the needed comfort and support from relatives and friends during your time of bereavement and beyond.
June 12, 2019
My deepest sympathy on the loss of your father. May God bless you and your family in this time of sorrow. I pray that the love of family and friends will give you strength in the days ahead.
Marlin Venable
Coworker
June 11, 2019
Showing 1 - 4 of 4 results