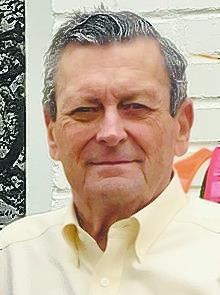 BORN
1942
DIED
2021
FUNERAL HOME
Zoeller Funeral Home
615 Landa
New Braunfels, TX
Charles Louis Keigley, 79, of New Braunfels Texas, passed away peacefully on November 24th after a long and brave battle with advanced COPD with his loving wife Kay by his side. He was born in Crowley, Louisiana to parents Virginia and Elmo Keigley on February 5th, 1942. Charles graduated from Crowley High School and received a Bachelor of Science in Mechanical Engineering from the University of Southwestern Louisiana in 1966. Sweethearts since the age of 14, Charles and Kay Kloor married on May 30th 1964 and began a 57 year adventure that set the very best example of what love and devotion should look like for their 3 daughters. He spent most of his professional career in chemical and water treatment sales. His career took them to TN, Switzerland, Holland, Norway and FL but the majority of that time was spent in Baton Rouge, LA. His quick wit and genuine nature fueled his success and he made many friends during those years. He could cook anything, fix anything, build anything and was a master yarn spinner/joke teller. He was the very best Grampy. His Christian faith was strong and sure. Charles is survived by his wife Kay, daughters Karen Picard (Les), Suzie Coffee (Steve), and Debbie Fulham (Tim); Grandchildren Brandon Coffee, Haley Chester (Austin), Amelie D'Antoni, Michael D'Antoni, Alec D'Antoni, Audrey Fulham and Cecile Fulham; Great Grandaughter Catherine Ann D'Antoni; Brothers Dr. Lawrence Keigley (Jane) and Steve Keigley (Michele). He is preceded in death by parents Elmo and Virginia Keigley; Brother Elmo Anderson Keigley. In lieu of flowers memorial contributions can be made to St. John's Episcopal Church, 312 South Guenther Avenue, New Braunfels TX 78130; St. Alban's Chapel, 5261 Highland Road PMB 376, Baton Rouge LA 70808 or to the charity of your choice. A memorial service will be held at St. John's Episcopal Church in New Braunfels on Friday, December 10th at 2 PM. Zoeller Funeral Home, 615 Landa St., New Braunfels, Texas 78130 (830) 625-2349.

Published by The Advocate from Nov. 30 to Dec. 10, 2021.
To plant trees in memory, please visit the Sympathy Store.
MEMORIAL EVENTS
Dec
10
Memorial service
2:00p.m.
St. John's Episcopal Church
312 South Guenther Avenue, New Braunfels, TX
Funeral services provided by:
Zoeller Funeral Home
MAKE A DONATION
Please consider a donation as requested by the family.
MEMORIES & CONDOLENCES
3 Entries
So sorry to hear this news. You and Kay were so gracious to us in selling our house to you guys in the mist of a huge flood in Baton Rouge. Thank you for reconnecting me with an old high school friend - Louis Keigley. Rest in Peace my friend.
Richard Keady
December 10, 2021
Kay, I was searching the obits in BR newspaper and saw this. I am so very sorry for your loss. I lost Dickie about 2 weeks ago so I know your heart is broken.
Richie Walcott
Friend
December 6, 2021
Dear Kay and family - so sorry to hear of Charles´ passing - we have some wonderful memories.
Gerald and Judy Keigley
December 1, 2021
Showing 1 - 3 of 3 results