Charles Stephen Plauche'
FUNERAL HOME
Laird Funeral Home Chapel
408 North Union Street
Natchez, MS
Charles Stephen Plauche', 64, was born September 12, 1951 and died September 3, 2016 at home. Visitation and wake will be from 5-7 p.m. Tuesday, September 6 at St. Mary Basilica, 107 S. Union Street in Natchez. Memorial service will be at 11 a.m. Wednesday, September 7 at St. Mary Basilica. Laird Funeral Home of Natchez is handling the arrangements. Steve is survived by his wife, Eliza Sharp Plauche; daughter Emily Plauche' Maxwell and husband Chris, all of Natchez; son Charles Stephen Plauche', Jr. of Austin, Texas; son Michael Brian Plauche' and wife Megan of New Orleans; son William Montgomery Simonton; sister Anne Plauche' Marks and husband Paul, all of Baton Rouge; sister Marie Plauche'-Gustin of Houston; brother John Treanor Plauche'; and brother James Winfield ("Jimmy") Plauche' and wife Joan, all of Baton Rouge. Steve was loving, devoted Papa to his granddaughters Parker Claire Maxwell, Anne Bailey Maxwell, and Iva McDonald Plauche'. He was preceded in death by his parents Mr. and Mrs. Locke A. (Dorothy) Plauche' and his brother Locke A. ("Tony") Plauche', Jr. Steve grew up in Lake Charles, where his love of horses began. He had a newspaper route as a boy to be able to feed and care for his first horse. Steve went on to raise and show American Quarter Horses, and was a member of the state and national Quarter Horse Associations and Reining Horse Associations. He graduated from Lake Charles High and LSU, and was a member of Zeta Beta Tau fraternity. Steve worked as sales manager for Davidson Louisiana, was an entrepreneur, and owned and operated B&B Building Materials in Vidalia. His ultimate career move was as a CERTIFIED FINANCIAL PLANNER™ for Bergeron & Plauche', LLC in Natchez. Steve's philosophy in estate planning and assisting clients in long-term health care was to treat every client with the same dignity, respect and service as he would his family and friends. Steve was a member of Natchez's legendary Santa Claus Committee, in which local businessmen try to help every child in the community have a merry Christmas. Steve was the community's Santa Claus in 2006. He cherished his family and friends, embraced life and lived it largely and fully. Steve freely shared laughs, stories, tears, kind words and warm embraces. Honorary pallbearers will be Jonathan Barlow, Guy Brenner, Steve Cavin, Randy Cooley, Ed Deicke, Treanor Marks, Harley McElroy, Mike Miller, Ross Plauche' and Tommy Spinosa. Special thanks to Drs. Kenneth Stubbs, Brooks Emory, and Brad Lemay for their care of Steve. In lieu of flowers, memorial donations may be made to the Reining Horse Foundation (rhsf.com) or to Natchez Children's Services (ntzchs.org). Online condolences may be sent to lairdfh.com.
Published by The Advocate from Sep. 5 to Sep. 6, 2016.
To plant trees in memory, please visit the Sympathy Store.
MEMORIAL EVENTS
To offer your sympathy during this difficult time, you can now have memorial trees planted in a National Forest in memory of your loved one.
Funeral services provided by:
Laird Funeral Home Chapel
MAKE A DONATION
MEMORIES & CONDOLENCES
Sponsored by His Loving Family.
11 Entries
Steve,
I am so glad that I our paths crossed and I got to know you and Emily. It was never a dull moment....
I will forever remember your signature late night line "just wet my ice a little !"

-M
Matthew Senicola
September 12, 2016
My heart goes out to Steve's extended family and all who loved him. He never met a stranger and enjoyed being with people. He and I spent many a night watching (and critiquing) football as Liza fixed us a gourmet meal.....one of my favorite things to do in Natchez. Steve made you feel comfortable and welcome in his home. I will miss my friend.
Roxy Ricci
Family Friend
September 12, 2016
Steve had a fine reputation in financial service and in the community as a whole. Deepest sympathy to his family in their loss.
Aylett Dickman
September 12, 2016
My deepest condolences to Steve's family. Steve was loved by everyone at LCHS. He was a gentleman who always wore a smile.
Chris Huval Collins
Classmate
September 9, 2016 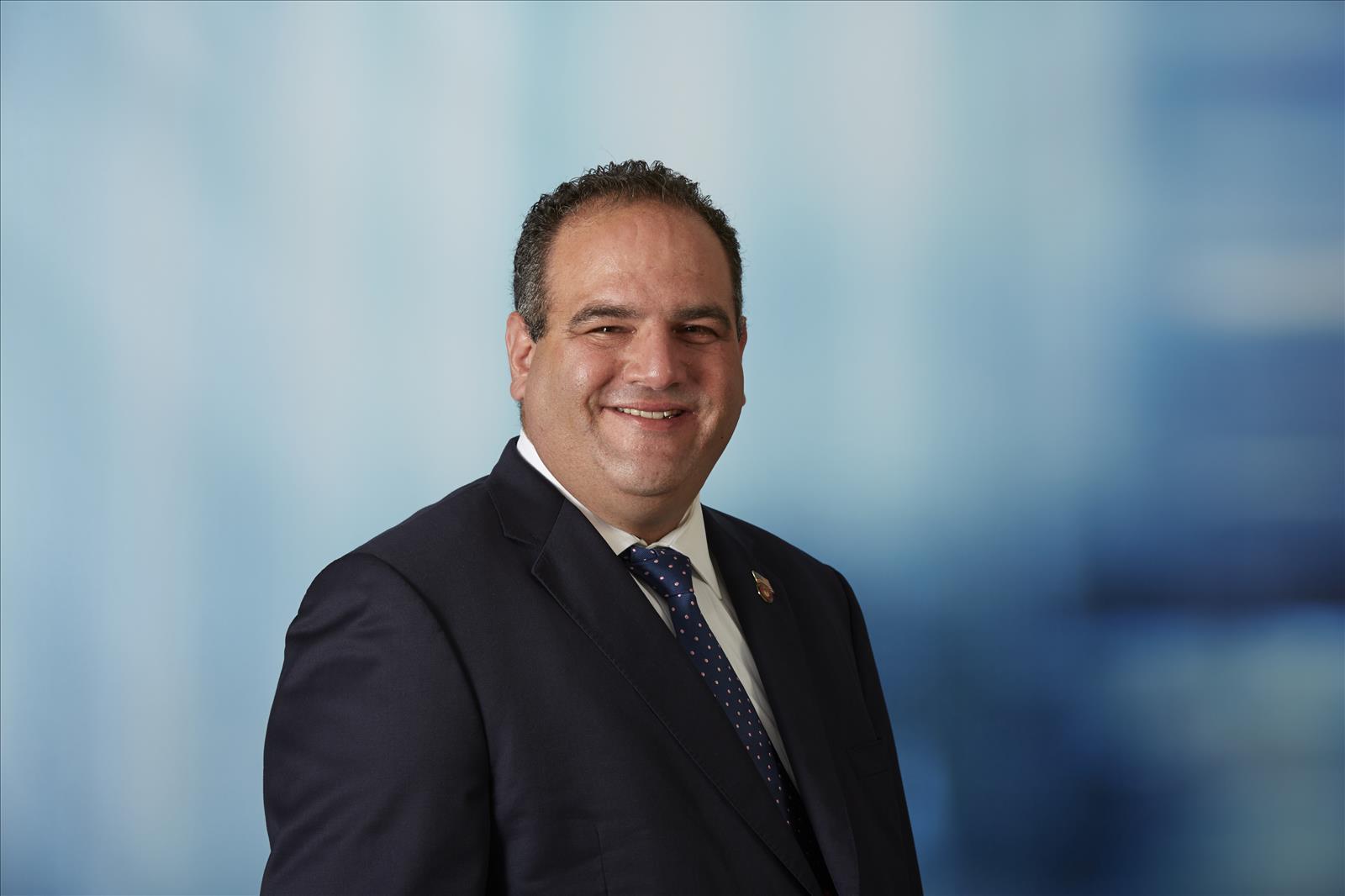 I am honored to say I had the pleasure of working with Steve for the past few years, and want to offer my sincere condolences to his friends and family. Steve was a great man, and I always enjoyed speaking with him whenever I came to Natchez or on the phone. He will be dearly missed.
Fred Miller
September 8, 2016
You will always live in our hearts and prayers.
Gerald Sparrow
September 8, 2016
Our sincerest condolences to Liza, Emily, Charlie, & Michael as well as Anne Marks & family at this sad loss of Steve. Charlie was a fraternity brother at LSU & I was an old friend of Susan's so got to know Steve early on. He always had me laughing with his funny comments & that's how I will remember him.
Lise & Charlie Kaufman
September 7, 2016 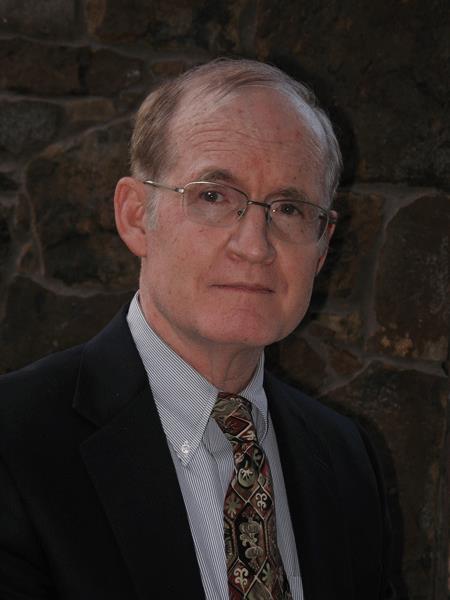 I am a Texas cousin of Steve. We were born two weeks apart, and visited often in our school days. But since Steve was 'older' and I was an inch taller, the label 'Upshot Youngster' was deemed fitting to describe his cousin.
Steve's love of horses was apparent when he was a child. We had an old gelding in a one-acre pen; Steve loved riding that horse. The animal was gentle, but prone being irritated by flies. Once Steve and brother Tony rode together, back to back. The horse stepped on a bee hive, and the bees responded by stinging Horse and riders.
Steve was in front, but the horse began to buck and kick, launching Tony onto the street. It was a hot summer day, and the asphalt pavement was recently applied. Tony's landing made a huge dent in the street, amazing all the kids in my 'hood. This was proof that my Lake Charles cousins could impact our town.
Back to Steve: He had bees in his hair, and lost the reins momentarily. But he managed to stay on top of the bucking beast. Eventually, the bees lost their way (or ran out of stingers). Steve was 9 or 10 at the time, as I recall. Like a conquering hero, he delivered the news of such a daring escapade to my parents at the dinner table.
Upon hearing all this, my Dad renamed the horse "Tony", which stuck for the rest of his days. I can't say if Steve gained any trust in horses from this event. But he surely grew to be admired by our family for his story-telling ability.
There is more: Steve showed us even then he could respond to challenging tasks. He made the best of each situation he faced, providing advice or comfort or just being there for his family.
When my brother Chris died suddenly in 1986, Steve reached out and called me to offer his concerns. We hadn't talked in years, but Steve's voice has immediate value. He realized the significance of that loss. I took solace in his words, and moreover, his caring actions.
Such a man as this will be missed. We who carry on cannot forget the joy, the laughter, the stories Steve both told and made.
Michael Smith
September 6, 2016
My sincere sympathy to the Plauche family in the loss of Steve. Prayers for peace and comfort.
Jeri Kirkpatrick
September 6, 2016
Just a true gentleman and friend who will be missed
Jeffrey Baber
September 6, 2016
My heartfelt condolence to Steve's family...Mary Edith Woosley
Mary Woosley
September 5, 2016
Showing 1 - 11 of 11 results