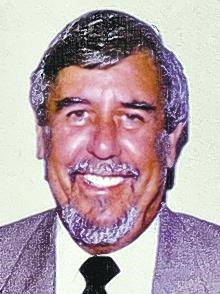 FUNERAL HOME
Resting Place Funeral Home - Baton Rouge
7840 Florida Blvd.
Baton Rouge, LA
Clet Joseph Dupont Jr. (Cajun CJ) entered eternal rest December 28, 2021 at the age of 80. CJ attended Louisiana College in Pineville Louisiana. He founded DuPont Family Playhouses, an RV dealership in Baton Rouge, Louisiana. In 1990 he suffered third degree burns over the upper half of his body and lost part of an ear. Miraculously healed by God within weeks of being burned CJ began his Ministry, Burning Bush Ministries Inc. Using this platform to preach around the world he and his wife Fay also founded Cajun CJs, (Jambalaya, Crawfish Pie and Filet Gumbo) offering their family recipes as dry mixes around the World. He would tell you other than Salvation, his greatest happiness was his and Fay's beautiful marriage of 58 years. He is survived by his brother Luke Dupont, his sister Donna Cooper DuPont, his wife Fay Dupont, his oldest son Ricky DuPont, his middle son Terry DuPont and his youngest son Joey DuPont along with a host of spiritual sons which are too long to list here. In addition he is survived by 11 grandchildren and 20 great-grandchildren all serving the Lord. The world has lost a great leader, husband, father, and brother. Services will be held on Saturday, January 8, 2022 at Bethany Church in Baker, 13855 Plank Road, Baker, Louisiana 70714 at 3:00 p.m. with a Cajun Celebration meal of CJS own World famous recipes afterwards. Professional services entrusted to Resting Place Funeral Home.

Published by The Advocate from Jan. 6 to Jan. 8, 2022.
To plant trees in memory, please visit the Sympathy Store.
MEMORIAL EVENTS
Jan
8
Service
3:00p.m.
Bethany Church
13855 Plank Road, Baker, LA
Funeral services provided by:
Resting Place Funeral Home - Baton Rouge
MAKE A DONATION
MEMORIES & CONDOLENCES
2 Entries
Ms Fay, So sorry to her about Mr CJ´s passing. He was such a great guy and Betty and I enjoyed so much serving with you both at church. May the peace that can only come through our Lord Jesus Christ be with you and your family at this time of your lost. Louis and Betty
Louis and Betty LeBlanc
Other
January 7, 2022
C. J. was a true friend, always concerned and willing to help. His spiritual and fatherly advice meant so much.
Della Barbee
Friend
January 6, 2022
Showing 1 - 2 of 2 results