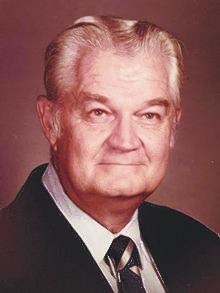 BORN
1927
DIED
2021
FUNERAL HOME
Greenoaks Funeral Home
9595 Florida Blvd
Baton Rouge, LA
Col. Fletcher Robert "Bob" Young, Jr., USA Ret., passed away on the 13th day of November 2021, at the age of 94. Col. Young was born in Ashdown, AR, June 15, 1927, at the home of his maternal grandparents, William Weir and Daisy Belle McCown Bishop. He attended public school at Arkadelphia, AR completing his final two years of high school at C.E. Byrd in Shreveport, LA. He attended one semester at Centenary College before receiving a B.S. Degree in Accounting at LSU. He received an MBA from Indiana University. While at Centenary he was initiated into the Alpha Iota Chapter of the Kappa Alpha Order and at LSU served as President for the years 1948/1949 at the Alpha Gamma Chapter. He also received a commission as a second lieutenant infantry, USAR. He was a member of the Scabbard and Blade Society. Drafted in August, 1945, he served in the Army Occupation of Germany and was discharged as a Sergeant, January, 1947. With the advent of the Korean War, he was recalled to active duty and accepted a Regular Army commission in the Army Finance Corps. He served a two year tour with the 14th Armored Field Artillery Battalion of the Second Armored Division, Mainz, Germany, before transferring to the 17th Finance Disbursing Section in Munich, Germany. As a Captain, he served three years at the Pentagon as action officer to the Army Training Budget in the Office of the Deputy Chief of Staff of Operations. While at the Pentagon he served an additional duty for two years, as a White House Social Aide to President Dwight D. Eisenhower. At MAAG, Vietnam, he was an advisor to the Accounting and Budget of the South Vietnamese Department of Defense. At the Army Command and General Staff College at Fort Leavenworth, KS, he was an instructor in the Department of Command. Other assignments included Commanding Officer, Finance and Accounting Office, Europe. He served in finance and comptroller sections at 1st Army, Governors Island, NY, 7th Army, Heidelberg, Germany, 8th Army, Seoul, Korea and 6th Army, The Presidio of San Francisco, where he retired as Deputy Chief of Staff for Resource Management, August 1, 1975. Awards and decorations include the WWII Victory medal, the Army General Staff Badge, The Army Commendation medal with Oak Leaf Cluster, the Army Meritorious medal with Oak Leaf Cluster and the Legion of Merit. Fletcher is preceded in death by his parents, Fletcher, Sr., and Willie Bishop Young; and sister, Mrs. Martin J. Lax, of Hot Springs, AR. Fletcher is survived by his wife of 57 years, Helen Young; children, Robert Young and fiancé, Lisa Champagne, Richard Young, Donald Young and wife, Andi, Susan Young Donahue Lemoine and husband, Dominick, and William Young and wife, Amber; and grandchildren, Kelsey and Riley Donahue, Brody, Cameron, and Drew Young. Visitation will be at Greenoaks Funeral Home, 9595 Florida Blvd., Baton Rouge, LA, on Thursday, November 18, 2021, from 9:30AM until the time of funeral services at 11:00AM. Burial will immediately follow at Greenoaks Memorial Park. Family and friends are invited to sign the online guestbook at www.greenoaksfunerals.com.