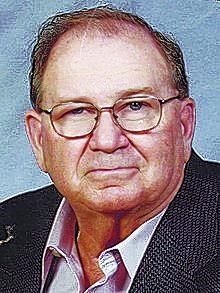 BORN
1937
DIED
2021
Dalton Joseph Esneault, 84, of Covington, Louisiana, passed away surrounded by his family on October 6, 2021. Dalton was born on May 13, 1937 in Donaldsonville, Louisiana to Mae Landry Esneault and Cecilian H. Esneault. After graduating from Ascension Catholic High School (formerly Catholic High School) in Donaldsonville, he went on to proudly serve as a U.S. Air Force sergeant and military police. He was a Master of the 32nd Degree Freemason of Ascension Lodge No. 251, F. & A.M. and a member of Acacia Shriners of Baton Rouge. He is survived by his wife of 58 years, Grace Schumaker Esneault, his daughter Yvette O'Krepki, son in law Richard (Rick), his son Dalton Jr. (Joey), daughter in law Nicole, his grandchildren Sara Grace O'Krepki, Ryan Richard O'Krepki, Abby Michelle Esneault and Ashley Jeanne Esneault. He Is also survived by his sister, Bertha (Totsie) Meyer of Pasadena, Texas. He is predeceased by his parents and grandson Andrew Joseph O'Krepki. Dalton enjoyed golf, hunting and fishing and shared those great loves with his children and grandchildren. His family and friends will miss his good heart and quick wit. He was a lifelong resident of Donaldsonville, but he and Grace moved to Covington in 2009 after his retirement from C.F. Industries to be closer to their children and grandchildren. Until recently, he never missed a grandparent's day, dance recital or sporting event for his grandchildren. Services will be held on Tuesday, October 12 at Ascension of Our Lord Catholic Church in Donaldsonville. Visitation 9:30am -11:00am, followed by a funeral mass. Burial will be in Ascension Catholic Cemetery in Donaldsonville. In lieu of flowers, the family requests donations be made to Shriners Hospitals for Children, Office of Development, 2900 Rocky Point Drive, Tampa, FL 33607 or online at lovetotherescue.org. in Dalton's memory. The family wishes to thank the doctors, nurses and staff at St. Tammany Parish Hospital, Forest Manor Nursing and Rehab Center, and St. Catherine Hospice for their compassionate care.

Published by The Advocate from Oct. 8 to Oct. 12, 2021.
To plant trees in memory, please visit the Sympathy Store.
MEMORIAL EVENTS
Oct
12
Visitation
9:30a.m. - 11:00a.m.
Ascension of Our Lord Catholic Church
Donaldsonville, LA
MAKE A DONATION
Please consider a donation as requested by the family.
MEMORIES & CONDOLENCES
8 Entries
So sorry for your family´s loss. Dalton worked with our Father who thought very fondly of him and Grace.
The Joe Bryson Family
Friend
October 15, 2021
Sending my deepest condolences to the family.
Deedy Hingle
Other
October 12, 2021
Dalton Rest In Peace my friend, Jimmy is waiting for you to talk about the last 10 years!! And I will miss your Emails!! And for Grace and family, my deepest sympathy as you morn his passing. God Bless!!
Deany Gravois
Friend
October 10, 2021
I am so very sorry. Dalton was a good man, and a good friend to my family. Prayers for Ms. Grace, Yvette and Joey.
Clay C. Perkins
Friend
October 10, 2021
We are so sorry to hear about passing of Uncle Sonny. We are sorry we will not make funeral. Would have loved to see all of you! Praying for you all. I know this is a great loss!
Kevin & Lori Templet
Family
October 9, 2021
My heartfelt sympathies to Grace and all the family. I'm going to miss our weekly visits and his great sense of humor. God bless you all. Love, Bev
Beverly Hunley
October 9, 2021
So sorry for the loss. It had been a while since I spoke with him, but we always had some interesting conversations. I will sure miss him.
Hawley Landry
Family
October 8, 2021
Offering our deepest condolences during this difficult time.
The Staff of Ourso Funeral Home
October 7, 2021
Showing 1 - 8 of 8 results