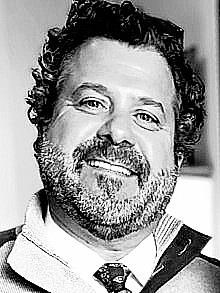 FUNERAL HOME
Church Funeral Services & Crematory - Baton Rouge
5535 Superior Drive
Baton Rouge, LA
A fun-loving dad, tender-hearted husband and live-out-loud friend, Daryl Mark Chopin of Prairieville was welcomed home by his heavenly Father on Sept. 6 at the age of 52. Daryl was a sales engineer for FESTO Corporation. He achieved career success through loyalty, steadfastness and labor of service – virtues he projected through relationships with friends and family as well as his customers. An avid musician with broad and eclectic taste, Daryl also enjoyed creating a tropical paradise in his backyard and was blessed with a natural affinity with animals. He is preceded in death by his parents, June Marie Cure and Milton Earl Chopin, as well as a brother Shawn Chopin. He is survived by his wife of 27 years Kimberly Young Chopin and their three children: Nathan Kip, an electrical engineer in Houston, Texas; August Luke, a marketing junior at the University of Louisiana at Lafayette; and Camille Marie, as senior at Dutchtown High School. He is also survived by three brothers, two sisters-in-law and brother-in-law: David Chopin of Gainesville, Fla., Lauren and Bruce Chopin of Concord, N.C.; Kevin Chopin of Tarpon Springs, Fla.; and Vanessa and William "Beau" Clark II of Baton Rouge, as well as eight nephews and five nieces. Funeral Mass will be held on Friday, Sept. 10 at 11 a.m. at St. John the Evangelist Catholic Church in Prairieville followed by interment at Serenity Oaks Memorial Park.

Published by The Advocate from Sep. 8 to Sep. 10, 2021.
To plant trees in memory, please visit our Sympathy Store.
MEMORIAL EVENTS
Sep
10
Funeral Mass
11:00a.m.
St. John the Evangelist Catholic Church
Prairieville, LA
Funeral services provided by:
Church Funeral Services & Crematory - Baton Rouge
MAKE A DONATION
MEMORIES & CONDOLENCES
10 Entries
I´m sorry for your loss. Your family will be in my prayers.
Crystal Redmond
September 9, 2021
Kim, My deepest sympathy in such a great loss for you and your precious family. I am so sorry to hear of Daryl´s passing. My heart and prayers are with you now and in the days ahead. Hold on to the wonderful memories that made you smile.
Cindy Blanchard and Family
Friend
September 9, 2021
Kim, we are sooo sorry for all of our loss. We will not be making the trip to the service. We took a 6 hour one way to see my dad in the nursing home. He was put on Hospice today. I had to sign about 20 forms, since I have "Power of Attorney " on daddy. We stopped for coffee because we have both been up since 3am. Please understand why we won´t be there. May GOD the ALMIGHTY place peace in y´all´s heart. Daryl was such a light wherever he was. I miss our times together. Evelyn and I Love all of Y´all. God Bless Evelyn and Chris
Chris and Evelyn Dahl
September 9, 2021
Kimberly, I'm so sorry to hear about your and your family's loss. Although I didn't spend much time with Daryl, it was obvious what a fun-loving man he was and how much his family meant to him. Heaven gained a wonderful soul. Big hugs go your way, my friend. Love, Jennifer & Mason.
Jennifer Marsh
Friend
September 9, 2021
August... We are so saddened to hear of your loss. After reading the obituary, we see how much of your father you have in you. May you continue to live out his life of love. Prayers and hugs to you... The Trahan Family (Billy, Mitra, Ethan and Ty)
Mitra Trahan
Friend
September 9, 2021
I am so very sorry for your loss! Our thoughts and prayers are with you all during this difficult time.
Heather Banker
September 8, 2021
You will be sorely missed by the me and the entire `Old Timers Jam´ group. We will need to find a new lead guitarist here....and Heaven is gaining another musician. I´ve only known Daryl for a short while but during that time we became close. Later I learn my Daughter, Brielle, and son, Cade, knee his great kids Nathan, August, and their younger sister through their Dutchtown years. Ms. Kim, we are so sorry for you and your families loss. May the great memories of Daryl help in your grief and healing. May he rest in Peace in the Kingdom of Heaven! Ron, Dawn, Brielle, and Cade Moreau
Ron Moreau
Friend
September 8, 2021
I would like to extend my deepest condolences to Daryl's family. I had the good fortune of meeting Daryl (back in 2015) when I traveled to New Orleans with the Festo PA demo van. I spent several days with Daryl while we made joint sales calls. I recall how dedicated Daryl was to his customers. God bless.
Christopher Navolio
September 8, 2021
Daryl you´ve been such a pleasure to know. It´s been an honor my friend. I only saw you when we got together to talk music, but we had such a great time. Your favorite things to do on the guitar were also my favorite things, and I thoroughly enjoyed the privilege of sharing them with you and jamming with you. I know you shared that joy and love for life with countless others and I feel privileged to have known you. I´m praying blessing, supernatural peace and hope for your wonderful family. Say hello to Jesus for me. I´ll see you again!
Micah J Lipsmeyer
Other
September 8, 2021
Kimberly, Nate, Augie, and Camille, We are so sorry for your loss. You are all in our thoughts and prayers. Torrie & Chris Schexnaydre
Torrie Schexnaydre
September 8, 2021
Showing 1 - 10 of 10 results