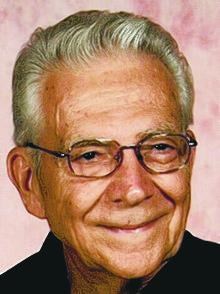 FUNERAL HOME
Greenoaks Funeral Home
9595 Florida Blvd
Baton Rouge, LA
David Michael "Mickey" Ledet, Sr. was born in Abbeville on August 3, 1934 and passed away at his home in Baton Rouge on September 30, 2021. He was a loyal and devoted servant of his faith and a longtime member of St. Louis King of France/St. Thomas More Catholic Church. David found comfort and consolation in The Blessed Virgin Mary and the Rosary. He was honorably discharged from the U.S. Marine Corp. then began his career at the Vermillion Parish Sheriff's Office. He retired from the La. Dept. of Public Safety & Corrections after 30 years then went to work for Brook, Pizza Van Loon L.L.P. David's final employer was Milling Benson Woodward L.L.P. In his retirement he enjoyed traveling around the world and was compassionate in volunteering for his faith, nature as well as other interests. He is survived by his children, D.M. Ledet, Jr. (Lenda), Tony Ledet, Todd Ledet, Nessa Ledet and Neil Ledet; his grandchildren Cory Ledet, Zachary Ledet, and Taylor Ayers (Samuel); his brother Richard Ledet (Annette) and many nieces, nephews, and cousins. He is preceded in death by his wife Shirley Marie Richard Ledet, sister Norma Tindel and parents Jack and Norma Ledet. Many thanks to his team at OLOL and the Crossing for their care and kindness. A visitation will be held on Thursday, October 7, 2021 from 9-11am with a funeral service to begin at 11am at Greenoaks Funeral Home 9595 Florida Blvd. Baton Rouge, LA 70815.