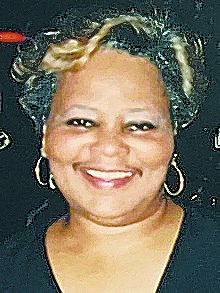 BORN
1960
DIED
2021
FUNERAL HOME
Charles Mackey Funeral Home
1576 Robin St.
Baton Rouge, LA
Deborah Denise Butler was born on October 17, 1960, to the union of Lula Mae Dillon Butler and Delos Lamar Butler, Sr. in Magnolia, Mississippi. On Saturday, October 2, 2021, at 7:57pm, Deborah transitioned into eternal rest with her Lord and Savior Jesus Christ. Deborah, affectionately known as "Deb" was baptized and accepted Christ at an early age at Straight Life Baptist Church in Baton Rouge, LA. She later joined Living Faith Christian Center. Deborah was a graduate in the 1978 class of Scotlandville High School. She also attended Southeastern University in Hammond, LA, and graduated with a Bachelor of Science degree at Southern University. Deborah was a hard worker who held positions in numerous fields. Her last position was at Our Lady of the Lake Medical Center where she served as a medical records clerk. Deborah was also a major sports fan that loved football. She leaves to cherish her memory seven sisters, four brothers, and a host of nieces, nephews, family, and friends. She was preceded in death by her parents and her grandparents. Visitation will be held on October 9, 2021, at Straight Life Baptist Church, 3891 Pocasset St. Baton Rouge, LA from 12:00pm to 2:00pm, and the funeral services will be held at 2:00pm with interment to follow at Hope Cemetery located at 5800 Plank Road, Baton Rouge, LA by Carney-Mackey Funeral Home.

Published by The Advocate from Oct. 7 to Oct. 9, 2021.
To plant trees in memory, please visit the Sympathy Store.
MEMORIAL EVENTS
Oct
9
Visitation
12:00p.m. - 2:00p.m.
Straight Life Baptist Church
3891 Pocasset St., Baton Rouge, LA
Oct
9
Funeral service
2:00p.m.
Straight Life Baptist Church
3891 Pocasset St., Baton Rouge, LA
Funeral services provided by:
Charles Mackey Funeral Home
MAKE A DONATION
MEMORIES & CONDOLENCES
10 Entries
Prayers and Condolences
Carmille Elbert
October 13, 2021
To Charlotte and the rest of the family, I met Deborah when I attended North Scotlandville, we were classmates from then until Scotlandville Sr. High class of 1978. My thoughts and prayers of comfort and strength are with all of you.
Rusty McFarland
School
October 11, 2021
My Dear and Wonderful friend will truly be missed. My prayers and sympathy to the family. God bless and keep.
Taurance Washington
October 10, 2021
Debra, God had your wings ready but my heart was not ready to let you go. My BFFL went through so much together. I want someone to tell me I´m dreaming this never happened, but all I can say is I miss you so much my friend. I love you Sis! Until we meet again. God, has called home another beautiful angel. As the tears flow from my eyes I know you are in a better place no more pain. See you on the other side,
Cassandra (Ann) Gillie
October 9, 2021
Ms Charlette my thoughts and prayers are with you and your family.
Megan Vaughn-Davis
October 8, 2021
In loving memory of a wonderful person. We will love you and miss you always.
Shirley Ennis
Friend
October 8, 2021
Deepest Sympathy and Prayers
Darrell W.Henderson
October 8, 2021
As the days and weeks pass, and as you return to life's routine, may you continue to feel comforted by the love and support of family and friends.
Bennie & Julia Davis and family (Gonzales, LA)
Family
October 8, 2021
With deepest sympathy
Charlene Pryer
October 8, 2021
Grief can be so hard, but our special memories help us cope. Remembering you and your loved one today and always. Scotlandville Senior Class 1978
Irma K. Chambers
School
October 8, 2021
Showing 1 - 10 of 10 results