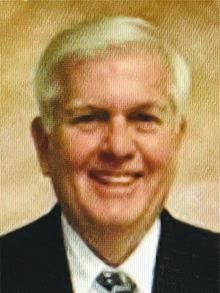 FUNERAL HOME
Johnson Funeral Home - Lake Charles
4321 Lake Street
Lake Charles, LA
Donald Lamar "Don" Rivers, 03-26-1948 to 11-15-2021. Don passed away at the VA Home in Jennings, LA on Monday, November 15, 2021. He was born on March 26, 1948 in Lake Charles, LA. Don was a graduate of both Sulphur High School and McNeese State University, earning a B.S. degree in secondary education at McNeese in 1970. He was a proud U.S. Army veteran, attaining the rank of Captain, serving his country which included a tour of duty in Korea. After his military service, he began working as a Safety Manager with Exxon in Baton Rouge, LA. He then embarked on a career as a job placement recruiter. In 1995, he and his wife, Kristy, formed Don Rivers & Associates, primarily placing persons in the process controls industry along the Gulf Coast. Don loved LSU football and baseball and was a member of the Tiger Athletic Foundation. He and his wife were often part of the "Traveling Tigers" attending many away games. Don enjoyed fishing and his many years at Toledo Bend. He was a master of the barbecue grill who shared his talents at family and church gatherings and fund-raising events for his daughters' schools. Don was a member of Trinity Baptist Church and embraced his Lord Jesus Christ through his daily living. He is survived by his two loving teenage daughters, Caroline Elizabeth Rivers and Katelyn Elise Rivers. He was recently preceded in death by his wife, Kristin McCall Rivers. He was also preceded in death by his parents, Lawrence and Lois Miller Rivers; and his brother, Alan Rivers. His funeral service will be at 11:00 AM on Friday, November 19, 2021 at Trinity Baptist Church North Venue in Lake Charles, LA, under the direction of Johnson Funeral Home. Visitation will be at the church on Friday from 9:00 AM until the start of the service. A private interment with his wife will be conducted at a later date at the Southwest Louisiana Veterans Cemetery in Jennings, LA. In lieu of flowers, memorial donations may be made to Trinity Baptist Church or a charity of your choice. Words of comfort to the family may be expressed at www.johnsonfuneralhome.net.