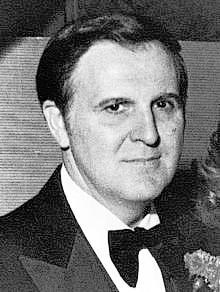 BORN
1933
DIED
2021
Ernest A. 'Red' Simon, beloved husband, father, grandfather and great-grandfather, age 88, passed away on Monday, November 1, 2021. He was born Ernest Anthony Simon to Richard and Annita Babin Simon on October 2, 1933 in St. Rose, Louisiana. Ernest attended St. Charles Borromeo High School in Destrehan, Louisiana, where he met his future bride, Evelyn Marie Zimmer. Red and Evelyn were in the first class to graduate from Borromeo in 1952, where Red earned valedictorian honors. Red and Evelyn were married on September 3rd, 1955 at St. Charles Borromeo Church. Their first child, son Christopher, was born in 1956. Red earned a BS in Education with a minor in History in 1957 from Loyola University in New Orleans. He was also enrolled in the ROTC program during his time at Loyola, resulting in a Distinguished Military Graduate designation and commission as a 2nd lieutenant in the US Army. Red's early orders took him to Fort Benning, GA, then to Fort Hood, TX, where son Barry was born in 1959. Shortly afterward, Red was ordered to Bayreuth, Germany, where daughter Sharon was born in a Nuremberg hospital in 1961. Following assignments to Fort Knox, Kentucky and Fort Riley, Kansas, the family arrived in Austin, Texas in 1964 so that Red could attend the University of Texas Law School in pursuit of becoming an Army Judge Advocate General. Red graduated from law school in 1967, serving as a Staff Judge Advocate in Fort Hood, TX and El Paso TX. While in El Paso, he received orders in December 1970 to join the 173rd Airborne Brigade SJA office in Vietnam. The family moved back to Austin until Red's return in 1973. Red completed his 20-year Army career at Fort Hood, commuting from his Austin home until his 1977 Honorable Discharge. His Army honors include: Legion of Merit, National Defense Service Medal, Vietnam Service Medal, Army Commendation Medal, and Bronze Star Medal. Red worked in the City of Austin Tax Office and on the Travis County Appraisal Review Board until his retirement in 1993, followed by a move to Sun City in Georgetown, TX in 1996. He and Evelyn enjoyed many retirement years of travel in their beloved Scamp camper-trailer. Red was a well-read student of history, and his orations on just about any subject were a trademark. He also had a passion for genealogy, self-publishing 7 books on the Simon family and those of Evelyn's and the childrens' extended families. Not one to rest, Red also published histories of St. Charles Borromeo High School and St. Rose, LA. His final work is an autobiography completed in 2017, "The House Red - Uncorked". Ernest was preceded in death by his son, Chris Simon, his brother, Ralph Simon, and his wife of 65 years, Evelyn Zimmer Simon. He is survived by his brother Richard Simon, Jr and sister Loretta Trosclair; daughter-in-law Tracy Simon, grandson Austin (wife Hillary and great-granddaughter Amerie) and grandson Dylan; son Barry Simon, his wife Lucy and grandchildren David (wife Addie and great-grandson Brayden), Matt, and Stephanie Doherty (husband Brad and great-grandsons Baylor and Nolan); daughter Sharon Frederick, her husband Dr. Hugh 'Bo' Frederick and grandchildren Carson (wife Samantha), Jared and Kacie. The family would like to thank the staff at The Delaney at Georgetown Village and Wesleyan Skilled Nursing Center in Georgetown for the kind and compassionate care that they provided to Ernest. By request there will be no memorial services. Red and Evelyn will be inurned on November 22, 2021 at 3:00pm, Texas State Veterans Cemetery, 11463 SH 195, Killeen, TX 76542. Red will receive military honors. The summer's gone, and all the roses falling, It's you, it's you must go, and I must bide. - from the ballad 'Danny Boy' by Frederic Weatherly. A guestbook is available at: www.ramseyfuneral.com/obituary/ernest-simon.