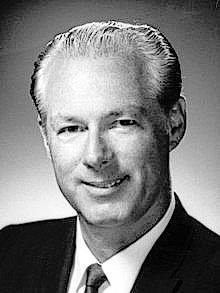 ABOUT
Alcee Fortier High School
FUNERAL HOME
Jacob Schoen & Son Funeral Home
3827 Canal St
New Orleans, LA
Eugene J. (Jack) Gomes, Jr., age 97 years, passed away on Saturday, October 2, 2021 in Baton Rouge, his residence for the last sixteen years. He was preceded in death in 2015 by Patricia, his wife of 69 years. Preceded in death also by his parents Eugene Sr. and Mae Powell Gomes, brother Roe, and grandson Michael Davin Gomes. He will be missed by his sons Eugene J. (Gene) Gomes III D.D.S., his wife Ginger, Glenn Mark Gomes, M.D., his wife Sallye, and Brian Douglas Gomes. His grandchildren are Evan Gomes, his wife Amy, Emily Ostlund, her husband Erik, Austin Gomes, his wife Lauren, Nyssa Gomes, and Jason Gomes. Great-grandchildren are Elliott and Charlotte Gomes, Gwendolyn and Juliet Ostlund, and Bennett, Parker and Brooks Gomes. He has Cousins Jere Powell Mitternight and Roy R. Powell, among other members of the family of Abner Powell (his grandfather). A native New Orleanian, he also resided in Slidell for 21 years before moving to Baton Rouge following Hurricane Katrina. Jack graduated from Alcee Fortier High School, later enlisted in the U.S. Army Air Corps, and served for three years as a radio operator and gunner aboard a B-17 bomber during WWII. Jack met Patricia during WWII at a USO dance in Denver, where she worked. They corresponded three years and were married September 1, 1946. Jack graduated LSU Law School and entered law practice in 1951, and was called to active duty in Korea. He was medically discharged as Second Lieutenant from the Army Reserve. For many years he was part of Schoemann, Gomes and Ducote Law Firm (insurance defense). He was listed in "The Best Lawyers in the United States". While living in New Orleans East he was president of the Pines Village Improvements Association and the NORD Fred Digby Playground Booster Association. They were active in the Pines Villagers social group and involved with their boys' sports activities. They were parishioners of Immaculate Heart of Mary Catholic Church in New Orleans and Our Lady of Lourdes Catholic Church in Slidell. Jack was a life-long golfer and played at Pontchartrain Park and then Eden Isles in Slidell. Jack scored two holes-in-one while playing with friends. He and Patricia were avid LSU fans ever since their days at LSU, especially football and baseball. Jack maintained a vivid memory, and was able to recall details of his childhood and all of his military experiences. Relatives and friends of the family are invited to attend the funeral service from the J. Garic Schoen Chapel of Jacob Schoen & Son Funeral Home, 3827 Canal St., New Orleans, LA 70119 on Saturday, October 9, 2021 at 11:00 AM with visitation beginning at 10:00 AM. Interment will follow in St. Louis No. 3 Cemetery. To view the service via livestream and to sign the guest book, please visit www.schoenfh.com.