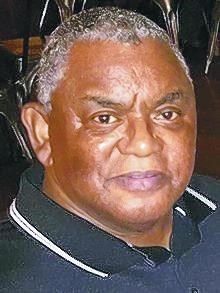 FUNERAL HOME
Winnfield Funeral Home - Baton Rouge - Baton Rouge
7221 Plank Rd
Baton Rouge, LA
On Sunday, July 18, 2021, a Christian man, loving husband, devoted father, endeared Paw-Paw, loyal brother, brother-in-law and well-loved relative and friend, entered into his eternal rest at the age of 76. Eugene Rheams, affectionately known as "Gene" was born August 16, 1944, to the late Johnny and Irene (Cobb) Rheams, Sr. He was a native of Denham Springs, LA and a resident of Baton Rouge, LA. He was a member of New Freedom Missionary Baptist Church, where he served as the church treasurer, member of the management board and deacon board under the leadership of Pastor Alando G. O'Conner, Sr. until his untimely death. Gene was a proud graduate of the Livingston High School Class of 1962. He was a certified Pipe Fitter and worked at the Exxon Mobile Chemical Plant for 30 years until he retired in 1999. He was a member of East End Lodge #209, Baton Rouge Consistory #179, and Ishmael Temple #154. He leaves to cherish his memories his loving and faithful wife of 43 years, Hattie Dorsey Rheams; one sister, Brenda Rheams Sago; four sisters-in-law, one son, Ashton (LaTia) Rheams; one adopted son, Jordan Brooks-Rheams; one daughter, Dr. Dawn (Dwayne) Fleming; four grandchildren; three great grandchildren; three godchildren, and a host of nieces, nephews, cousins, and many other relatives and friends. He was preceded in death by his parents, five brothers, one sister, and one granddaughter. Funeral services entrusted to Winnfield Funeral Home. Visiting: Thursday, 7/29/21, 4 PM - 7 PM with Masonic Service at 7 PM. Visiting: Friday, 7/30/21, 9AM until funeral service at 10AM. Mask mandatory.

Published by The Advocate from Jul. 27 to Jul. 30, 2021.
To plant trees in memory, please visit the Sympathy Store.
MEMORIAL EVENTS
Jul
29
Visitation
4:00p.m. - 7:00p.m.
Winnfield Funeral Home of Baton Rouge
7221 Plank Road, Baton Rouge, LA
Jul
30
Visitation
9:00a.m. - 10:00a.m.
Winnfield Funeral Home of Baton Rouge
7221 Plank Road, Baton Rouge, LA
Jul
30
Celebration of Life
10:00a.m.
Winnfield Funeral Home of Baton Rouge
7221 Plank Road, Baton Rouge, LA
Funeral services provided by:
Winnfield Funeral Home - Baton Rouge - Baton Rouge
MAKE A DONATION
MEMORIES & CONDOLENCES
10 Entries
My deepest sympathy to the Rheams. To be absent from the body is to present with the Lord!!!!!!!!!!!!!!!!!!!!!!!!!!. Such loving and kind neighbor, this is so hard to believe. Take your rest my cousin!!!!!!!!!!!!
Gwendolyn Gilyard
Family
July 31, 2021
We are praying for you in your time of loss. May God keep you through your time of bereavement. We will miss Deacon Rheams and his great sense of humor. The many laughs and the love he has shown to our church & church family at New Freedom MBC. We are sending our condolences. Love always, The Roberts Family (Joyce, Jasmine, Jessica & Halle)
The Roberts Family
Other
July 29, 2021
Sending our condolences ,sympathy and prayers to the family we´re here for you and with you in this difficult time
Atistide & Debra Dixon
July 29, 2021
Sharing in your sorrow. May the memories comfort you. Love The Nixons
Regina, Kenrick Nixon
July 29, 2021
Family, we offer our sympathy and pray that The Good Lord will carry you through this difficult period. Friend and Work (Donald)
Donald R. and Mary Jane Spruel
Friend
July 29, 2021
As the days,weeks, months and years come and go my prayer is that the family and friends find joy,love,peace and happiness in the memories.
Alvin&Tonja Jackson
Friend
July 28, 2021
Grief can be so hard, but our special memories help us cope. Remembering you and your loved one today and always. With Deepest Sympathy.
Linda McKay
Friend
July 28, 2021
May God bless you and your family in this time of sorrow. On behalf of the Stallworth family we are sadden for your family, Praying for comforting.
James Stallworth Jr
July 28, 2021
As the days and weeks pass, and as you return to life's routine, may you continue to feel comforted by the love and support of family and friends.
Cenas Jones
Work
July 27, 2021
On behalf of the Gerald and Irene East family we would like to extend our sincerest condolences to the Rheams family. As believers we know to be absent from the body is to be present with the Lord. May The Most High grant you some manner of serenity during this difficult time. Gerald and Irene East Orlando East Premella East Carector Frederick J East
orlando east
Family
July 26, 2021
Showing 1 - 10 of 10 results