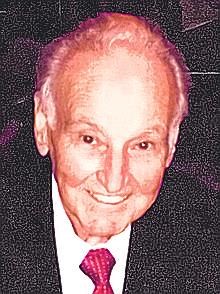 Published by The Advocate from Sep. 13 to Sep. 16, 2021.
To plant trees in memory, please visit our Sympathy Store.
MEMORIAL EVENTS
Sep
16
Visitation
8:00a.m. - 10:45a.m.
Resthaven Funeral Home
11817 Jefferson Hwy, Baton Rouge, LA
Funeral services provided by:
Resthaven Gardens of Memory & Funeral Home
MAKE A DONATION
MEMORIES & CONDOLENCES
4 Entries
I send condolences to Floyd Barbay's Family. Floyd helped my carreer by hiring me in 1978 to work in the engineering office. In 1980 he sent me to an industrial chemical plant for a month. I ended up staying 21 years. He also gave me some "moonlight" projects. I would occassionally see him at St, Patrick's mass through those years. Thank you Floyd. Bob McCarron & Family
Bob McCarron
Work
September 19, 2021
Dance on my friend. So many memories. Thoughts and prayers for all the family.
Margaret Monson.
September 15, 2021
I am so sorry to hear of your loss! May the God of all comfort surround you with His loving arms as you look to Him for your strength!
Tricia Frazee Fryer
September 15, 2021
Deep condolences to the entire Barbay family for their loss of such a great spirited and wonderful man.
Foster Sanders
Friend
September 14, 2021
Showing 1 - 4 of 4 results