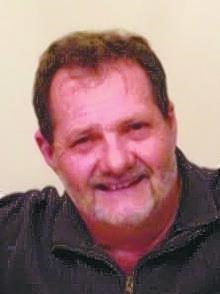 FUNERAL HOME
Brandon G. Thompson Funeral Home - Denham Springs
7738 Florida Blvd.
Denham Springs, LA
Garry Dean Menier was called to his heavenly home on November 10, 2021, at the age of 77. He was born in Mamou, Louisiana but raised his family in Denham Springs, Louisiana. Garry enjoyed working as a Barber for 53 years and opened his own Barber Shop in 1970 that is now passed down to his eldest son. He proudly served his country in the Army for 6 years, starting out in the Army Reserve and ended up in the National Guard. Fishing, hunting, shooting pool and singing karaoke were some of the hobbies he enjoyed during his spare time. He loved to talk about Jesus and spread the word of the Lord as he was a proud Evangelist. Garry was a loving and doting brother, father, and grandfather that will be deeply missed by all who knew and loved him. He is survived by his sons, Troy Menier (Christina) and Scott Menier (Monica O.); the mother of his children, Susan Menier; brothers, Brent Menier (Jennifer), Kirk Menier (Monica M.) and Kyle Menier (Lola); grandchildren, Austin, Dylan, Marisa, and Taylor; and numerous nieces and nephews. Garry is preceded in death by his parents, Orise and Anna Menier. Relatives and friends are invited to attend the visitation held at First Baptist Church in Denham Springs on November 18, 2021, beginning at 10:00 a.m. until the memorial service at 11:00 a.m. The family requires that masks are worn to protect and ensure the safety of others.