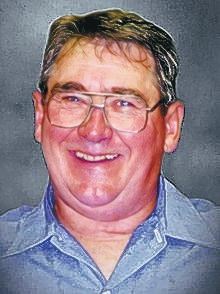 BORN
1938
DIED
2021
FUNERAL HOME
McKneely Funeral Home - Amite - Amite
110 E. Factory St.
Amite, LA
George Lewis Jones (Lewis to family and friends), 83, passed away peacefully in his sleep on the morning of November 20, 2021. Lewis was born August 11, 1938 to George and Lilly Jones. The youngest of four children, he grew up in Pine Grove, LA, where he married Barbara Griffin and embarked on his career as the fun-loving, devoted father of Steven, Jeffrey, and Lori. He worked for Exxon Mobil for most of his career, and was always in love with repairing, restoring, and driving vintage cars, trucks, motorcycles, and pretty much anything with a motor. Lewis enjoyed people, and was always happy to stop in, have a cup of coffee, and swap stories with his many friends, often while scouring the country for model train sets and parts for his collection. After a time being single, Lewis was lucky enough to meet Janice Porter, who he wed in 1984. Together, they had a daughter, Nikki, who in turn gave him the grandchildren he had always hoped to smother with attention. He retired from ExxonMobile after 29 years of service before moving to Ruston, LA, to be close to those beloved grandkids and family. Lewis is survived by his loving wife of 37 years, Janice Porter Jones, his four children, Steven (Leila), Jeffrey (Dawn), Lori, Nikki DeOliviera (Bryan), and his grandchildren, Adalinne, Porter, and Evangeline. Lewis also considered Callie Zurovetz his honorary daughter, and Adah Rae as his honorary granddaughter. Before relocating to Ruston, Lewis was a member of Pleasant Hill Baptist Church, where he will be laid to rest next to his brother, Russell, on Saturday, November 27. Visitation is between 10 am-12 noon with a service at 12 noon at Pleasant Hill Baptist Church in Pine Grove. McKneely Funeral Home, Amite, in charge of arrangements. "To every thing there is a season, and a time to every purpose under the heaven." Ecclesiastes 3:1

Published by The Advocate from Nov. 25 to Nov. 27, 2021.
To plant trees in memory, please visit the Sympathy Store.
MEMORIAL EVENTS
Nov
27
Service
10:00a.m. - 12:00p.m.
Pleasant Hill Baptist Church
Pine Grove, LA
Nov
27
Service
12:00p.m.
Pleasant Hill Baptist Church
Pine Grove, LA
Funeral services provided by:
McKneely Funeral Home - Amite - Amite
MAKE A DONATION
MEMORIES & CONDOLENCES
3 Entries
Janice and family. I was so sorry to hear about Lewis. My thoughts and prayers are with you and your family at this most difficult time. May he Rest in Peace
Ann O'Neal
November 26, 2021
For one of the best men I've ever known, and one of the most inspiring♡ I'll love you forever Uncle Lulu♡
Courtney Hiney
Family
November 23, 2021
George Lewis Jones was my uncle "Lulu". He was always so kind and loving, and eager to show us his trains and his favorite fish "whitey" from his pond in Pine Grove where he led a beautiful home he had created with my aunt, so filled with love and laughter, and always smelled of baked goods. The way his eyes lit up when he expressed something he was passionate about- the way he watched the races, or found old cars at the town auction, will never be far from my mind. He is cherished by many people and had a heart large enough to care for others as his own, to treat the neighbors like family. I recall asking him if he was related to a man that worked at the nearest bait shop, because they were so friendly. But he'd never met that man before. He held genuine kindness and strength in all things. When he met my fiance, they immediately clicked, then insisted that we take my fiances daughters to Pagosa Springs- a place in which he felt immense magic & joy, and he wanted them to experience it too- he'd met them only once before, and on one of his harder days, and still he thought of them on one of his best days. I'm so glad I saw him smile and laugh the last time I was able to see him, and that's what will always be remembered. Though I'm unable to attend the ceremony from living out of state and the troubles traveling this time of year, i hope that every single person that attends, gets to leave with a little bit of the magic he held himself.♡
Courtney Hiney
Family
November 23, 2021
Showing 1 - 3 of 3 results