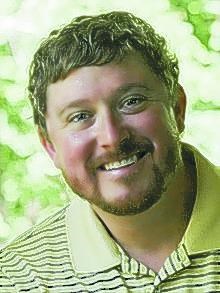 Grayson McCleish Ward, a native of Baton Rouge and a resident of Mandeville, passed away on Tuesday October 5, 2021 at the age of 33. Gray was born to Aub & Frances Ward and was raised in Baton Rouge, Louisiana. Gray was a graduate of the University Laboratory School where he was Student Body president his junior year and self-appointed varsity soccer club manager, though he staged action photos of himself scoring a goal so he could be featured on the team poster. He graduated from Louisiana State University after attending the University of Mississippi and Baton Rouge Community College. This world has been around for billions of years, but there is no greater blessing than to have lived at the same time as Gray Ward. He was an original, truly one of a kind. Gray was the center of everyone's universe. Not because he was the funniest person on the planet (and he was) or that he had higher leg kicks than the Russian ballet, but because Gray made even the smallest moments in life the best parts of our day. He was goofy and kind beyond measure. He entered every room like Kramer, but Gray lived a life - with so much life - that it was meant to be shared for the rest of us. He unapologetically packed more into his time on earth than most would've given in 300 years. Gray was everyone's favorite person. He was everybody's best friend, and he gave us more joy than we could ever ask for. Gray's selfless way of living extended into the kitchen where he was an excellent cook. His favorite thing in the world was to prepare large quantities of food for his friends and drop them off at their homes, unannounced. And for every newborn baby in Louisiana, Gray loved to deliver his proprietary, home-cooked "baby pasta" to brand new parents. Gray was a tremendously gifted writer and actor, and his movies played all over the country. He wrote, produced and starred-in two comedy features, Father-Like Son and The Bobcat Boys, through his production company Abby Normal Pictures with his friends, Mac Alsfeld and Andrew Megison. No one was funnier than Gray. He then began work as an accountant on numerous films shot in and around his favorite city of New Orleans. He is survived by his mother Frances Smith Ward, his father Aub Ward and step-mother Jennifer, brother Taylor Ward and step-siblings Henry and Abe Kantrow. He is preceded in death by his grandparents Malcolm Ward, Jean Atkins Ward, Jack L. Smith, Alice Smith, aunt Pamela Medak Smith, and Cousin Lance Ward. Honorary pallbearers will be Perry Smith, Zach Smith, Charlie and Ben Provenza, Sam Cartledge, Mac Alsfeld, Michael Gvoich, Adam Keyes, Andrew Megison, Lon and Max Marchand and his cousin Aub Ward. A service will be held on Monday October 11th at Grace Episcopal Church in Saint Francisville at 2PM, followed by a celebration of Gray's life at the home of David and Jeri Kelly, 1265 Stanford Ave at 3:30PM. In lieu of flowers, the family requests that donations be made in Gray' s honor to your local animal humane society.

Published by The Advocate from Oct. 8 to Oct. 11, 2021.
To plant trees in memory, please visit the Sympathy Store.
MEMORIAL EVENTS
Oct
11
Service
2:00p.m.
Grace Episcopal Church
LA
Oct
11
Celebration of Life
3:30p.m.
home of David and Jeri Kelly
1265 Stanford Ave, LA
MAKE A DONATION
MEMORIES & CONDOLENCES
4 Entries
Our sincerest sympathies to Fran and Aub and all the people Gray has touched. Love, Steve, Gale and Sydney Dennis...Parinirvana
Stephen Dennis
Family
October 9, 2021
I had the pleasure of knowing Grayson. We met while working on a film in New Orleans. We used to discuss who would win the masters tournament...we never guessed right. I considered him a friend, and I am saddened by his departure. My deepest sympathy´s to his family.
Victor Pineda
Friend
October 9, 2021
What a beautiful tribute to the most remarkable guy, Grayson Ward. My family and I have been devastated and heartbroken about his untimely passing. Gray was a "fan favorite" in the Alsfeld household. We will forever be grateful to him for taking our baby brother, Mac, under his wing at U High after he had to transfer there after Hurricane Katrina during his senior year of high school. But, true to form, Grayson helped turn this tragedy into a life-changing experience for our brother. They did everything together. "Playing" soccer, creating LSU´s first sketch comedy, Sketchmo; starting their own company, Abby Normal Productions, with their other best friend Andrew Megison; writing, producing, starring in their own films; experiencing their first featured film get selected for film festivals (and winning NOLA´s); working in the film industry; throwing epic parties, like their infamous "Original Sin" parties; writing together, sharing bits, and telling ridiculous jokes at all hours of the night; and hanging out together every chance they got. The loss we all feel is tremendous. There was something so very special about Gray... and something so beautiful in how special he made everyone around him feel. He was not only incredibly funny, goofy, creative, and sharp; Gray was also incredibly kind, caring, thoughtful, and sweet. He had a softness about him that made him everybody´s favorite friend and just a delight to talk to. Our family is so grateful to have Gray play such a special and central role in our lives. In the words of his favorite Natalie Merchant song that he played on repeat after LSU won the 2020 National Championship, "I want to thank you." To Gray´s family and many friends, please know how deeply sorry we are to hear of his untimely passing. We are praying for you and Gray, we are thinking of you, and we thank you for sharing him with us and our brother. God bless. - Cassie Alsfeld
Cassie Alsfeld
Friend
October 8, 2021
Hello, I am one of Grayson's colleague in the film industry. I would like to express my condolences to your family on the loss of such a great person. He was truly a pleasure to work with and I was lucky to be able to work with him multiple times over the course of his career in film Accounting. He will definitely be missed. I will definitely miss all the laughs that we had together. If there is anything you need, please do not hesitate to contact me.
Thuyvi Nguyen-Le
Work
October 8, 2021
Showing 1 - 4 of 4 results