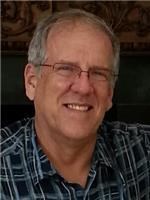 ABOUT
Belaire High SchoolBroadmoor High SchoolGlen Oaks Senior High SchoolLutcher High SchoolTara High School
FUNERAL HOME
Greenoaks Funeral Home
9595 Florida Blvd
Baton Rouge, LA
Howard "Wayne" Frazier passed away on Sunday, March 18, 2018, at the age of 62. He was born in Syracuse, NY on August 23, 1955. Wayne moved to Baton Rouge as a child and attended Tara High School, where he graduated in 1973. He then went to LSU, was a member of the Golden Band from Tigerland and received a Bachelor's Degree in Music Education in 1978. His first teaching position was at Lutcher High School then moved on to Glen Oaks High School as band director. Afterwards, Wayne spent the next 16 years as band director at Belaire High School, then took a sabbatical, married the love of his life on June 25, 1988 and earned his Master's Degree in Saxophone Performance in 1989. He returned to Belaire High School to resume his position, then later completed his 21 year teaching career at Broadmoor High School. After retirement from teaching, he began his second career as a Maritime Ship's Agent. Wayne enjoyed meeting people from all around the world and he shared his faith whenever given the opportunity. He was a passionate fan of the LSU Tigers, New Orleans Saints and Chicago Cubs. He cherished the times he spent with his beloved family which he always referred to as his greatest blessing. Wayne's faith was so strong, he had no doubt where he would be when this day came. He provided his children with a firm foundation anchored in Christ and made sure his family was in worship. Long ago, Wayne made the decision to be an organ donor. He was able to provide the miracles that several families have been praying for. He is truly a hero to people who will never know him. He will always be our hero. Please honor him by considering being an organ donor. Wayne is survived by his wife of 29 years, Shara Schulingkamp Frazier; daughter, Kelsey; sons, Tanner and Layne; and brother, Daniel. Wayne is preceded in death by his parents, Howard and Harriet Frazier; and sister, Dawn Marie. Visitation will be held at Trinity Lutheran Church, 10925 Florida Blvd., Baton Rouge, LA, on Thursday, March 22, 2018, from 5:00 PM until 8:00 PM. Visitation will resume at Trinity Lutheran Church on Friday, March 23, 2018, from 10:00 AM until the time of funeral service at 12:00 PM. Burial will immediately follow at Greenoaks Memorial Park. A memorial fund has been set up in Wayne's memory for those wishing to help the family with ongoing expenses. Donations may be mailed to Trinity Lutheran Church. Family and friends may sign the online guestbook or leave a personal note to the family at www.greenoaksfunerals.com.
Published by The Advocate from Mar. 21 to Mar. 23, 2018.
To plant trees in memory, please visit the Sympathy Store.
MEMORIAL EVENTS
To offer your sympathy during this difficult time, you can now have memorial trees planted in a National Forest in memory of your loved one.
Funeral services provided by:
Greenoaks Funeral Home
MAKE A DONATION
MEMORIES & CONDOLENCES
9 Entries
I could always count on Wayne for a smile and a kind word. My deepest condolences to the family.
Mark Carpenter
March 23, 2018
Wayne Fraizer - A true, honest, and humble good man! Very well liked within the local Maritime Industry. Always positive in every aspect of a challenging day. May the Good Lord give your family all the comforts of peace during this most difficult time. Rest in Peace my friend, you will be sadly missed by many. God Bless!
Dennis Barkemeyer
March 23, 2018
Shara & Layne,

We are so sorry to hear about the loss of Wayne. Your family is in our thoughts and prayers.

The LeBlanc's
Gaelyn, Randall & Jordan
March 23, 2018
Shara and family, Tim and I are so very sorry for this great loss. We are praying for peace and comfort for you all.
Nicole Brewer
March 22, 2018
Sincere condolences to the family for your great loss. May his legacy of love for God and family live on through each of you. May the God of all comfort sustain each of you during your time of mourning.
Juanita
March 22, 2018
Mr.Frazier and I were at Belaire High together. What a great person and teaching cohort. He made the band do what is right and play well for our football games. He was a special person to be around. The world will miss him. Thanks for all you did, Mr. Frazier. Thanks, Coach Jim Lieux
March 22, 2018
I'm sorry to hear about Mr. Wayne's death. He was a great man and a delight to be around. One of my favorite things about him was that he treated my entire family with love and respect. His own family also embodies his humble character. My condolences go out to them.
Zechariah Cameron
March 21, 2018
My sincere heartfelt condolences to the family of Wayne Frazier. He and his wife, children were truly a blessing to know. I recall when my sons, Zechariah and Jeremiah Cameron first met the Fraziers at BRLS. Wayne and Shara Frazier were the first to offer us a beautiful welcome. They opened their hearts and home to us. We will always remember Mr. Wayne's humor and wit. He left a beautiful legacy for us all to learn from: "Share the love"! Mr. Wayne, you've live a good life of which we all can learn. Your light will forever shine in me and my son's life. God has received an angel. Sleep on Bro. Frazier, take your rest. The Camerons
Betty, Zechariah, Jeremiah Cameron
March 21, 2018
The earth is just a little sweeter from the legacy left behind by Mr. Frazier.
His patience and love for music and children, and his faith were very clear. I am blessed to have been apart of his bands at Belaire.
Marching, Concert, Symphonic, Jazz... he was so talented. The world would be a softer place if people had more REAL music in their lives.
God Bless his family during their loss.
Christine Cascio-Hymel
March 21, 2018
Showing 1 - 9 of 9 results