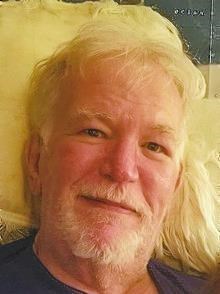 BORN
1945
DIED
2021
ABOUT
Baton Rouge High School
Hugh Coleman "Chip" Quarles Jr. died at home on October 30, 2021, aged 76. Chip was born on April 12, 1945 to Hugh Coleman Quarles Sr. & Louise McCarty Quarles in New Orleans. He grew up attending St. Charles Ave. Presbyterian Church. The family moved to Baton Rouge in the summer of 1960 and Chip graduated from Baton Rouge High School in 1963 lettering in 3 sports and was a National Merit Finalist. Upon graduation he attended LSU giving it the old college try more than once. The burgeoning music scene of South Louisiana in the 60's called him away and he went on the road as manager with his friends John Fred & the Playboys touring throughout Europe and the U.S., opening up for the likes of Ike & Tina Turner and the BoxTops among others. Reality called and having worked a couple of summers for a great uncle and cousin employed with the Corps of Engineers he began his career as a hydrographic surveyor with Michael Baker Engineers and later Pyburn & Odom Consulting Engineers in Baton Rouge, spending his work life on the Miss River and it's tributaries. Later, Chip spent time living in New Orleans, Jackson, Miss., and for the last 35+ years made Hammond his home. He was lifelong music aficionado and sports fanatic, following all LSU sports and of course the Saints. He knew the best places all over South Louisiana with the best Po Boys, gumbo, and coldest beer. He was preceded in death by his parents and sister Karen Hull of Mobile, Ala. He is survived by his children Brian Quarles of Greenwood, Miss. and Matthew (Elaina) Quarles and their three children of Lafayette, La., many cousins and special friends Harry & Jo Ridgdel of Hammond. Chip donated his body to LSU Medical School, therefore there will not be a funeral at this time; however, there will be a celebration of life at a later date. His ashes will be interred in the Quarles family crypt in the Metairie City Cemetery.

Published by The Advocate from Nov. 3 to Nov. 4, 2021.
To plant trees in memory, please visit the Sympathy Store.
MEMORIAL EVENTS
To offer your sympathy during this difficult time, you can now have memorial trees planted in a National Forest in memory of your loved one.
MAKE A DONATION
MEMORIES & CONDOLENCES
4 Entries
Your friendship meant the world to Harry and I. We will always remember the good times we spent together at numerous cookouts and especially our family gatherings for the holidays. Our kids and grandkids will also miss you. May you Rest In Peace. Condolences to the family. So sorry for your loss. We spent with our family at numerous cookouts
Jo Ridgel
Friend
November 4, 2021
I remember Chip as a "big man on campus"...my condolences to his family and friends...every time I read about a classmate passing, I think how important it is to make sure, while we're still alive, to make peace with our Creator through His Son Jesus Christ... "Whereas ye know not what shall be on the morrow. For what is your life? It is even a vapour, that appeareth for a little time, and then vanisheth" - James 4:14
Marilynne Winkler Mellander
November 4, 2021
Chips FAmily, Condolences for your loss. Chip and I were classmates and team mates on the basketball team at Westdale Jr High. Chip was an all around good guy, highly intelligent, and respected by all. He will be missed. God bless Chip!
Bobby Coxe
November 4, 2021
Farewell, Chip. So glad we got to reconnect in recent years. Condolences to your family.
Jim Mitchell
School
November 3, 2021
Showing 1 - 4 of 4 results