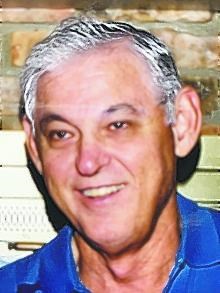 BORN
1933
DIED
2022
FUNERAL HOME
Greenoaks Funeral Home
9595 Florida Blvd
Baton Rouge, LA
"I tell you the truth, whoever hears my word and believes him, who sent me, has eternal life and will not be condemned; he has crossed over death to life." (John 5:24) James Alton Barksdale, known as "Cowboy" since the age of 5, was born on December 18, 1933 in Baton Rouge to the late Ira Eugene Barksdale and Gertie Mae McMillan Barksdale and died peacefully at Landmark South Nursing and Rehabilitation Center on January 6, 2022 at the age of 88. Cowboy married his high school sweetheart Jean Chatelain of Baton Rouge in 1957 and she preceded him in death on November 12, 2012. He is survived by his three children. Stacie Raybon (Wendell), Brett Barksdale (Cindy Lamb), and Marcy Caraway (Mike) of Decatur, TX, three grandchildren, Lacee Raybon Minney (Alex), Shane Barksdale (Amber Miley) and Jordan Barksdale, and five great-grandchildren. He was preceded in death by his brother, Gerald Lee Barksdale, and survived by his sister, Manya Barksdale Rawl of Houston, TX. From a very early age Cowboy was involved in hunting and fishing throughout the state with his dad, uncles and cousins. For several years he rode in Sheriff Bryan Clemmons's mounted Sheriff's Patrol, participating in the search and rescue of lost hunters and stray livestock in times of flooding. He particularly enjoyed his membership in the well-known Sheriff's Patrol precision drill team riding throughout the area at local rodeos and horse shows, including the LSU rodeo. He developed a love of flying and giving flight instructions on evenings, week-ends and holidays and participated in the Civil Air Patrol until the age of 65. As a student at Baton Rouge High, although tall lanky, he excelled in football, basketball and track and continued his sports career with scholarships to LSU in both football and track but was forced to leave sports because of health reasons after his sophomore year. After college, working with his father on the design and construction of several buildings on and around the LSU campus led to a lifelong career in the construction industry with his proudest achievement being his work with Collins Radio Corp out of Dallas Texas. Collins was a well-known government contractor of the time active in the design and construction of electronic facilities for the space program as well as sophisticated government top secret projects in several countries which are still viable and in use today. Because of the demanding travel schedule with his job at Collins, the family returned to Baton Rouge to join with his father's old partner, W. H. LeBlanc, Jr., in LeBlanc Construction Company and later, unhappy with retirement, he served as superintendent for several local construction companies. His work career carried him through 27 states, 10 countries and five continents. His family extends their deepest gratitude to Landmark South on Jefferson Hwy. and especially the nurses and aides on hall 200 for their consummate care and commitment to their dad for the past 2-1/2 years. The family will hold a private ceremony at Greenoaks Funeral Home but donations may be sent to Broadmoor United Methodist Church, 10230 Mollylea Drive, B.R. 70815 or a charity of choice. You may leave a personal note for the family at www.greenoaksfunerals.com.

Published by The Advocate from Jan. 7 to Jan. 10, 2022.
To plant trees in memory, please visit the Sympathy Store.
MEMORIAL EVENTS
To offer your sympathy during this difficult time, you can now have memorial trees planted in a National Forest in memory of your loved one.
Funeral services provided by:
Greenoaks Funeral Home
MAKE A DONATION
Please consider a donation as requested by the family.
MEMORIES & CONDOLENCES
2 Entries
We are saddened to learn of Mr. Cowboy´s passing. We are also thankful for his impact on our lives. He and his bride Ms. Jean were one of the cornerstones of our own little slice of America on Sinclair Drive. Like many in his generation, Mr. Cowboy didn´t talk about it; he lived it every day - commitment to family, hard work, perseverance, love thy neighbor. In this time of sorrow, we can take some degree of solace knowing that Jim, Ted, and Cowboy have resumed their morning coffees and are busy solving our problems down here. God Bless Mr. Cowboy, Ms. Jean, Stacie, Brett, Marcy, and your families.
The Mitchells
Friend
January 11, 2022
On behalf of the entire staff at Life Source Hospice, please accept our condolences on the loss of Mr. Steve. Our hearts are moved with compassion for you and your family. May the peace and comfort of God be with you and your family during this time of bereavement. Pastor Ray Smith Bereavement Coordinator
Pastor Ray Smith - Life source Hospice
Work
January 10, 2022
Showing 1 - 2 of 2 results