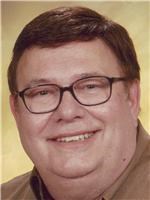 BORN
1946
DIED
2014
FUNERAL HOME
Resthaven Gardens of Memory & Funeral Home
11817 Jefferson Highway
Baton Rouge, LA
James Howard Wandersee, 67, died on Friday, January 24, 2014, at his home in Baton Rouge with his family by his side. Jim, the son of Howard and Viola (Miller) Wandersee, was born on December 21, 1946, in New Ulm, MN, where he grew up and began his education. At a young age, he was inspired by his teachers to become a teacher himself. Following his chosen career path, he earned a BS from Minnesota State University, Mankato in 1968. He also met his lifelong love and future wife there. On August 17, 1968, Jim married Carol Schroeder at Zion Lutheran Church in Morgan, MN. The couple moved to Milwaukee, WI, where he began teaching high school science. While there, they had a son, Dan and a daughter, Chris. Jim continued his education at the University of Wisconsin-Milwaukee (MS, 1974) and Marquette University (PhD, 1978). After completing his doctorate, Jim and his young family moved to New Ulm where he taught science for 11 years at Martin Luther College. In 1989 he had the opportunity to relocate to Baton Rouge to be a professor of biology education focusing on plant science at Louisiana State University. He worked at LSU until 2012, when his health no longer allowed him to teach, and he retired. Jim's life was filled with his passion for teaching and learning; his work touched the lives of thousands of students over his 44 year career. He has received many honors and awards. Jim enjoyed traveling the world to seek out botanical gardens, including the northern-most garden above the Arctic Circle in Tromso, Norway, to as far south as Melbourne, Australia. His many trips, often with Carol by his side, were an inspiration to his work. Jim also loved to listen to music of all kinds, from favorite hymns to popular hits, and enjoyed following LSU's sports teams. Geaux Tigers! Jim is survived by his wife, Carol of Baton Rouge; his son, Dan of Madison, WI; and his daughter, Chris (Bill) Lepkowski of St. Cloud, MN. He was preceded in death by his parents. Visitation will be held at Cross of Glory Lutheran Church, 5500 Stumberg Lane, Baton Rouge on Sunday, January 26, 2014 from 4 p.m. to 7 p.m. and will resume at the church on Monday, January 27, 2014 from 12 noon until funeral service at 1 p.m. Interment will be on February 1, 2014 at Zion Eden Cemetery in Morgan, MN. Please visit www.resthavenbatonrouge.com to sign the online guestbook.
Published by The Advocate from Jan. 24 to Jan. 25, 2014.
To plant trees in memory, please visit the Sympathy Store.
MEMORIAL EVENTS
Jan
26
Visitation
4:00p.m. - 7:00p.m.
Cross of Glory Lutheran Church
5500 Stumberg Lane, Baton Rouge, LA
Jan
27
Visitation
12:00p.m. - 1:00p.m.
Cross of Glory Lutheran Church
LA
Jan
27
Funeral service
1:00p.m.
Cross of Glory Lutheran Church
LA
Feb
1
Interment
Zion Eden Cemetery
Morgan, MN
Funeral services provided by:
Resthaven Gardens of Memory & Funeral Home
MAKE A DONATION
MEMORIES & CONDOLENCES
12 Entries
Carol,
Extending my deepest sympathy to you and your family. Our thoughts and prayers are with you all.
Jerome Weidemann
January 28, 2014
Jim was a grade school and high school friend, and a good one at that. Great sense of humor; he'd always get me laughing about something or other. I have fond memories and will keep him in my thoughts in the future. Bless you all, Carol, Dan, and Chris!
Jeremy Scharlemann
January 27, 2014
A friend/colleague at work was telling me about her major prof which got me to start thinking about a doctorate. I emailed Jim one evening and two days later I was sitting across from him at Morning Call talking about what I needed to do to start the program. I went there just for some info. and left with a list of things that needed to be done in order to start classes 2 weeks later. After he retired, he continued to email me and send articles. I don't know how he did it, but he knew what articles I needed and when I needed them. His kindness and thoughtfulness will be missed. I was glad I was able to report the progress I was making in early January. He told me he was proud of my accomplishments and determination was one of the main ingredients in pursuing a PhD. He will live on in our thoughts and work.
Michaelyn Broussard
January 26, 2014
I was a student of Dr. Wandersee's at LSU. He was the greatest! I would not have attempted, nor completed the doctoral program without his encouragement and guidance.I am greatly saddened by his loss. May God comfort you by the power of the Holy Spirit.
Knight Roddy
January 26, 2014
Dear Carol, Dan & Kris,
We express our deepest sympathy. May our Lord Jesus bless and guide you as you go through this difficult time. It is a great comfort to know Jim is with his Lord.

I'm praying for you and your family that God will grant you peace during your time of bereavement.