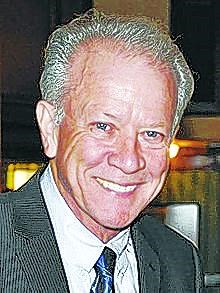 James Emile "Jimmy" Wax, Sr., 83, of Baton Rouge, Louisiana, passed away Tuesday, October 5. A man of tremendous faith, he left this world to be with his Lord surrounded by loved ones. He is survived by his wife of 63 years, Jeannette Simon Wax; his brother, Joseph Leslie Wax; his four children, Jennalie Padilla (Jeff), Jamie Wax (Jacquelyn), Joel Wax (Nicole), and Jurie Folse (Scott); and his thirteen grandchildren, Jodi and Jordan Padilla, Emmie, Adele, Elise, and Eli Folse, and Bailey, Peyton, Ethan, Camryn, Everett, Eloise, and Adelaide Wax. After serving in the US Army, Jimmy's natural charm and affinity for new technologies led him to a position in sales for the Dictaphone Corporation, where he became the company's top salesman in the United States. Offered a relocation to anywhere in the country, Jimmy briefly moved his young family to Hawaii until homesickness and entrepreneurship brought him back to Baton Rouge. In 1971 he founded Electronic Business Systems, which is still in existence and is run today by his son and nephew. A lifelong master of billiards, Jimmy had the skill level of a professional player and typically spent hours a day at the pool table. The greatest joy of his life was to be of service to others, which became fully realized when he was ordained a permanent deacon in the Catholic Church in 1982. He served under every bishop in the history of the Diocese of Baton Rouge except for its first and ministered for years to the parishioners of St. Joseph's Cathedral and Our Lady of Mercy before returning to his original home parish of St. George. He remained dedicated until the end of his life to delivering God's Eucharist, gospel, and love to the residents of nursing homes throughout the area, especially the forgotten and the infirm. Visitation will be held at St. George Catholic Church from 10:00 am to 12:00 pm Friday, October 8, with a funeral Mass at 12:00 pm and a burial at the St. George cemetery immediately following. There will be no reception. Donations may be made in his name to the Society of St. Vincent de Paul Baton Rouge, a charity that was always close to his heart.

Published by The Advocate from Oct. 7 to Oct. 8, 2021.
To plant trees in memory, please visit the Sympathy Store.
MEMORIAL EVENTS
Oct
8
Visitation
10:00a.m. - 12:00p.m.
St. George Catholic Church
LA
Oct
8
Funeral Mass
12:00p.m.
St. George Catholic Church
LA
MAKE A DONATION
MEMORIES & CONDOLENCES
5 Entries
In loving memory of a wonderful person. You are all in our thoughts and prayers.
David and Rita Fugler
October 13, 2021
I met Mr. Wax a couple of times through business. He was one of the nicest people you would ever want to meet. It seems like I always read his name helping out the Catholic Church. May God give extra comfort for his Family and Friends during this difficult time.
Terri Reese
October 11, 2021
Our Love, Prayers and Sympathy go out to all of the Wax family. Jim has been a good friend to us for a very long time and he will be deeply missed.
Linda and Eddie Rispone
October 8, 2021
Jeanette, Jennalie, Jamie, Joel and Jurie, We are praying for all of y´all, because we know that Jimmie is happily reunited with his heavenly family. Please let us know if there is anything at all we can do. Love and prayers from Roland, Elise and family.
Elise Fryou
October 8, 2021
''Those we have held in our arms for a short while we hold in our hearts forever''. God Bless
Chester Jeansonne
Work
October 7, 2021
Showing 1 - 5 of 5 results