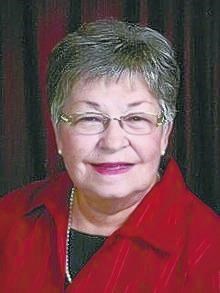 FUNERAL HOME
Greenoaks Funeral Home
9595 Florida Blvd
Baton Rouge, LA
Janis R. Spring died at noon on Sunday, October 3, 2021, at the Baton Rouge General Hospital after a short illness. She was 78 and a native and lifelong resident of Baton Rouge. She was a retired employee of the Louisiana State Department of Transportation Department and worked in cartography. She was preceded in death by her father, Ray C.Schillings, mother Ivy Bordelon Schillings and beloved step mother Ethel Joyal Schillings. She married Eddie Aaron Spring in 1970, and were separated only in death at his passing in 2001. She is survived by a daughter, Melissa Benjamin of McAlester, Oklahoma and son Michael Aaron Spring, of the home. She is also survived by her precious grandchildren, Noah Benjamin and Madison Benjamin, also of Oklahoma and Aaron Spring of the home. She is remembered fondly by so many but especially her close friend of 58 years, Gayle LeBlanc who was like a sister to her and family. She loved Jesus, people, a good story, her beloved pets and never met a stranger. Her smile would light up the room. She loves to pray and was remembered fondly as one who prayed "sweet prayers". Services will be conducted by Rev. Larkin Harris of First Baptist Church, where she was a lifelong member, on Thursday, Oct. 7, at 2pm in the chapel at GreenOaks funeral home, with graveside burial onsite. A family and friends visitation will be Wednesday, Oct 6, from 5-7 pm at GreenOaks chapel.

Published by The Advocate from Oct. 5 to Oct. 7, 2021.
To plant trees in memory, please visit the Sympathy Store.
MEMORIAL EVENTS
Oct
6
Visitation
5:00p.m. - 7:00p.m.
Greenoaks Funeral Home
9595 Florida Blvd, Baton Rouge, LA
Oct
7
Service
2:00p.m.
Greenoaks Funeral Home
9595 Florida Blvd, Baton Rouge, LA
Funeral services provided by:
Greenoaks Funeral Home
MAKE A DONATION
MEMORIES & CONDOLENCES
1 Entry
Janis was such a warm outgoing person whose smile did indeed light up a room. I taught 5th Sunday School at FBC with her along with my husband Jerry and she was always cheerful and laughing. What an asset she was to FBC and to everyone she came in contact with! Melissa and Michael, I'm so sorry for your loss and know that your mother is with you in spirit.
Sandy Hill
Other
October 10, 2021
Showing 1 - 1 of 1 results