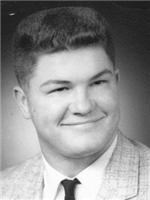 FUNERAL HOME
JOHNSON FUNERAL HOME
4321 LAKE STREET
Lake Charles, LA
John E. Demarie, 70, of Lake Charles, LA, died at 10:00 PM on Sunday, November 29, 2015, in his residence. Mr. Demarie was born August 28, 1945, in Oxnard, CA, and was a native and life resident of Lake Charles, LA. He was a 1963 graduate of LaGrange Senior High School, where he was a three-year football letterman as both an offensive and defensive lineman and made both All District and All State. He received a scholarship to Louisiana State University, where he played football as both offensive and defensive lineman and won the 1966 Cotton Bowl against Arkansas. Mr. Demarie was later drafted to the Cleveland Browns of the NFL, where he played for nine seasons. He finished his pro-football career as a member of the expansion Seattle Seahawks. After his retirement, he returned to Lake Charles, and was the owner/operator of Demarie-Dayton Tires and worked as a real estate agent. He went on to work as an iron worker and later superintendant for Turner Industries, where he worked for over twenty years. "Fish" as he was known was an avid hunter and fisherman, and had a passion for LSU football. He was a loving father and adored his grandchildren; he will be missed dearly. Mr. Demarie is survived by his sons, Paul Demarie and wife Tara and David Demarie and wife Ashley, all of Lake Charles; daughter, Becky Lee and husband Jody of Lake Charles; brothers, Mike Demarie and wife Sue of Longville, LA, and Greg "Flash" Demarie and wife Jeanie of Lake Charles; ex-wife and mother of his children, Barbara Salter Demarie of Lake Charles; uncle, Carl Fontenot; and grandchildren, Wyatt Demarie, Kade Demarie, Baylie Lee, Jake Lee, Madisyn Demarie, Kennedie Demarie, and Dylan Demarie. He was preceded in death by his parents, Annie June Fontenot and W. J. "Bull" Demarie. His funeral service will be held at 10:00 AM on Friday, December 4, 2015, at the Johnson Funeral Home Chapel in Lake Charles. Deacon Harold Nixon will officiate. Burial will follow in Grand Lake Community Cemetery. Visitation will be at the funeral home on Thursday from 3:00 PM to 9:00 PM with a Celebration of Life service at 6:00 PM. Visitation will continue on Friday from 8:00 AM until the start of the service. Words of comfort to the family may be left at www.johnsonfuneralhome.net. 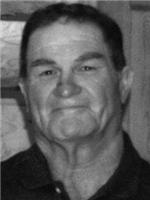 Published by The Advocate from Dec. 1 to Dec. 4, 2015.
To plant trees in memory, please visit the Sympathy Store.
MEMORIAL EVENTS
To offer your sympathy during this difficult time, you can now have memorial trees planted in a National Forest in memory of your loved one.
Funeral services provided by:
JOHNSON FUNERAL HOME
MAKE A DONATION
MEMORIES & CONDOLENCES
13 Entries
Just found out about John's passing. We were teammates in Seattle in 1976--a new beginning in both our lives. We had a lot of fun times in that year. John will be missed--my thoughts are with his remaining family through this Xmas Season.
Nick Bebout
December 29, 2015
I worked with John at Citgo for about 3 months. He was always having a good time. Sorry about his passing.
Gareth Cook
Gareth Cook
December 3, 2015
To our distant family,
We are so sorry to hear of Johnny,s passing. We have so many fond memories of him and the entire Demarie family when everyone came to visit us in Harvey. What a great guy. Please except our sincere sympathy. It was an honor to share our lives with him.
Sincerely
Roseann Ditta Allemand and the entire Ditta family.
December 3, 2015
Dear Demarie family, it saddens me to learn of John's passing. John & my husband Gus Trapani(he passed away in 1999) were friends. I have fond memories of some good times with Ms June & others both in Harvey, LA & Lake Charles. My prayers & thoughts are with you all. Peggy Trapani Packard
December 3, 2015
"Coach" Charles Oakley, wife Pat and Beth send prayers to the entire family. He will always be rembered as one of the best to ever play the game!
Patricia Oakley
December 2, 2015
John was great person. We worked together at CITGO for many years. JED rest in peace. I guess well will never know what the E in your name stood for. You would never tell us. You will be missed by everyone.
Wice Henderson
December 2, 2015
Love, thoughts, and prayers are being sent to John's family. I am so sorry for your loss, but John is heaven's gain.
Freeman King
North Logan, Utah
December 2, 2015
Deepest condolences to the family of John. I worked with him for many years and he was one of the finest men I have ever worked with. The family of Ronnie Joe Hester. RIP John
Ronnie Hester
December 2, 2015
Prayers for the family . There are no words to express the sorrow and pain the family feels. He is in a much better place with God.
Lawrence Miller
December 2, 2015
Prayers for the entire family, he was an awesome man and was always true to his word. Doc Lovett & Family
December 2, 2015
you will be missed greatly
Jacqueline Bonner
December 2, 2015
Rest easy Big John remember the Acid never goes away.
T-Bob Rogers
December 1, 2015
Deepest condolences from the Gary Stovall family.
Our prayers are with the family and close friends.
GARY STOVALL
December 1, 2015
Showing 1 - 13 of 13 results