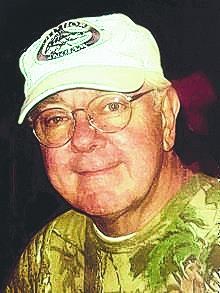 ABOUT
Baton Rouge High School
FUNERAL HOME
Greenoaks Funeral Home
9595 Florida Blvd
Baton Rouge, LA
Barrie was a native and resident of Baton Rouge and passed away Wednesday, August 4, 2021. He is preceded in death by his parents John Barrett Edgar and Genevieve Southwick Edgar. Barrie was loved by all and will be sorely missed. Barrie was an avid outdoorsman who loved both hunting, fishing and gardening. In the winter he spent time at his hunting camp in St Francisville, "The Shallows" and was happiest in the summer when he was on the Tickfaw river, on his yacht the "Fetish". Barrie was a graduate of LSU, member of Kappa Kappa Psi and in the LSU Honorary Band Fraternity. He is also a member of the Sons of the American Revolution. Barrie had a long and successful music career, and then went on to retire as a State Health Inspector with the State of Louisiana. Music was always an integral part of Barrie's life. He was a member of the Baton Rouge High School band, and his talents brought him to the Baton Rouge Symphony Orchestra while still a senior in high school. As a student at LSU, Barrie formed the Rock Band, "The Basement Wall", which he is most known for. He traveled the country as the manager, singer and drummer for the band, and in 2005 was inducted into the Louisiana Music Hall of Fame. Barrie is survived by his life partner of over 30 years, Toni Lee; his three children, Angel Edgar, Michelle Herring and Kevin Edgar; sisters, Darlene Edgar Kyle and Genevieve "Cookie" Edgar Jones Petty; brother, Robert "Bobby" Southwick Edgar; granddaughters, Breanna & Meryl Herring. He is also survived by Toni's children, Brandy Smith, Jordan Vidrine and Dylan Vidrine; grandchildren, Kasey and Bailey Ward, Macey, Roman, Aubrey and Brycen Vidrine; and a great-grandchild, Layla. Private funeral services will be held for the family, close friends and live streamed on the Greenoaks Funeral Home's website, due to COVID. A celebration of life will be scheduled on or about his birthday next year, details to follow on The Basement Wall's Facebook page. Pallbearers are Bobby Edgar, Kevin Edgar, Dr Bart Kyle, Dr Buck Kyle, Jordan Vidrine and Dylan Vidrine. Services will be conducted by his nephew, Reverend Bo Kyle and the eulogy will be given by his brother-in-law, Chip Kyle. In lieu of flowers, donations can be made to St Joseph's Indian School Lakota Indian Children, PO Box 326, Chamberlain, SD 57326.

Published by The Advocate from Aug. 13 to Aug. 14, 2021.
To plant trees in memory, please visit the Sympathy Store.
MEMORIAL EVENTS
To offer your sympathy during this difficult time, you can now have memorial trees planted in a National Forest in memory of your loved one.
Funeral services provided by:
Greenoaks Funeral Home
MAKE A DONATION
MEMORIES & CONDOLENCES
3 Entries
Deep condolences to the entire Edgar family for the loss of such a talented and wonderful man. "Barry" was a popular and long term contributing member of the Baton Rouge Sportsman League and will be fondly remembered by that membership and so many, many others who were and will always be honored to know him.
Foster Sanders
August 14, 2021
My condolences. We were close for a while but I have no t seen him in years. However, I thought about him every time I passed the old Alvin Roy's location where he rented out practice rooms for years.
Robert Day
August 14, 2021
Toni; We are so unbelievably sorry. He will be part of our thoughts forever. Sending hugs and love.
Michelle & Gary Mancuso
August 13, 2021
Showing 1 - 3 of 3 results