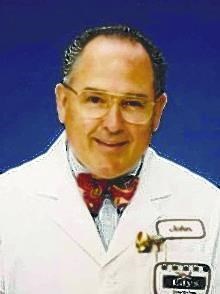 BORN
1942
DIED
2021
ABOUT
Baton Rouge High School
John David Harrison 'Big Daddy', passed away Saturday, October 2, 2021 at his residence in Bella Villaggio Retirement Center, Palm Desert, CA, at the age of 79. Born April 21, 1942, in Newport News, Virginia to Robert Lee and Vivian Harrison, John was the third of 5 children. While his family lived in Baton Rouge, he attended Baton Rouge Jr. High and Baton Rouge High School, before the family moved to California his senior year, 1959-60. In 1960 the family moved to Memphis, TN where John attended Memphis State University (now UM) and where on some Sunday afternoons he and others played flag football against Elvis and his body guards. In the late 60's he was honorably discharged from the U.S. Marine Corp. John lived his life as a gift to others. He was celebrated as "The Ice Cream Man" having worked most of his adult life in the ice cream industry and often called the first national spokesman for the industry, an official taste tester. His taste buds were insured for a million dollars. He was credited with inventing over 100 favors but his most famous was Cookies and Cream, which he perfected; however, his personal favorite flavor always remained vanilla. The National Inquirer, in the July 30, 1991 issue, ran a photo and article regarding his "cool" taste-testing profession. He appeared on The Today Show, Good Morning America, and The Regis and Kelly Show, to name a few. John was proceeded in death by his parents, sister-in-law Haruko Harrison, sisters Melinda Harrison Rott, Judy Harrison Allen, his beloved wife of 33 years Florence Holland Harrison, and nephews David Harrison of Oklahoma and Albert Allen of Georgia. Later in life John was ordained a pastor in The Assembly of God church. For years he and Florence spent their weekends pastoring at the Ironwood State Prison in California, plus years serving on the Karios teams, taking the Gospel of Jesus Christ into local prisons. Together they saw many souls accept Jesus as their Savior. Florence and John loved to travel and they went on numerous cruises, where he volunteered as chaplain and taught Bible classes and held prayer meetings. For a dozen years they volunteered at a Baptist school in Portugal, months at a time, doing maintenance and kitchen duty, anything that needed doing they were on the job. John was very active in his local church, The Garden Fellowship, and in The Christian Businessmen's Association where he traveled internationally giving his testimony and serving on the Board. He also served many years on the Board of Patten College, located in Oakland, CA. John was a giant among men who lived 100% into his gifts and talents. He is survived by his brother Edward Harrison of San Luis Obispo, CA; sister Mary Lou and brother-in-law Gordon Ellis of Baton Rouge; and three beloved children; son Travis (Erica), of Gross Pointe, MI; daughter Hayley Harrison Williams (Keith) of London, England; and son Vance Harrison of Austin, TX; and a total of 8 grandchildren, and many nieces, nephews and cousins. John enjoyed a loving relationship with Florence's 2 adult children Dawn Gomersall (Tim) of Eureka, CA and David Euston (Catherine) of Alberta, Canada and their children. The family plans on holding a memorial service for both John and Florence in 2022 at the family's cemetery in Memphis, TN. Anyone wishing to make a donation in John's memory, please consider Friends of Bethlehem Cemetery, c/o Mr. Grant Harrison, 1680 Autumn Ave., Memphis, TN 38112.

Published by The Advocate from Oct. 29 to Oct. 31, 2021.
To plant trees in memory, please visit the Sympathy Store.
MEMORIAL EVENTS
To offer your sympathy during this difficult time, you can now have memorial trees planted in a National Forest in memory of your loved one.
MAKE A DONATION
MEMORIES & CONDOLENCES
1 Entry
John David also attended Glasgow Middle School 9th grade. We were friends and in same backfield of Gordon Johnson, John David and me. At Baton Rouge High football practice, coach nicknamed him "John Doe" and that name stuck with him. I have many fond memories of growing up in the LSU area with John David and other friends. He will be missed!!
Edward L (Ned) Newsham
Friend
November 1, 2021
Showing 1 - 1 of 1 results