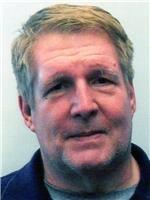 FUNERAL HOME
Lake Lawn Metairie Funeral Home
5100 PONTCHARTRAIN BLVD
New Orleans, LA
John L. Lauricella, III (Jay) died in Destin, FL on Saturday, April 22, 2017. Jay died exactly as he would have chosen on his beloved boat "DUKE", while vacationing in Florida. Born and raised in Harahan, 63 years ago, he also lived in Baton Rouge and the Florida Keys. His love of fishing and boating was passed down, from his grandfather, John, Sr. and father, John, Jr. His other loves were his Rummel Raider family, the LSU Tigers, and his brothers of Sigma Nu from LSU and NCSU. Jay has been a general partner in the family owned Lauricella Land Co., since the death of his father. He is preceded in death by his parents John L. Lauricella, Jr., and Lula C. Lauricella; and sister Mary (Missy) Lauricella. He is survived by his loving sister Sandy Lauricella Anzelmo and husband Tommy; nephew Tommy Anzelmo, Jr. and wife Jana; and niece and godchild Kristen Anzelmo Hooper, and husband André. He is also survived by his beloved nieces Lilly Hooper and Katherine Anzelmo and nephew Wyatt Hooper; aunt, Mrs. Betty Lauricella, and numerous cousins and friends. Funeral services will be held at Lake Lawn Metairie Funeral Home, 5100 Pontchartrain Blvd., New Orleans on Wednesday, May 3rd. Visitation will begin at 10:00 a.m. followed by a Memorial Mass at 1:00 p.m. inurnment will follow at Lake Lawn Cemetery. The family would like to thank Clary Glenn Funeral Home in Freeport, FL for the Florida arrangements. Donations may be made to the Lige Hensley Scholarship at Archbishop Rummel High School in Metairie, LA.
Published by The Advocate from Apr. 29 to May 3, 2017.
To plant trees in memory, please visit the Sympathy Store.
MEMORIAL EVENTS
May
3
Visitation
10:00a.m. - 1:00p.m.
Lake Lawn Metairie Funeral Home
5100 PONTCHARTRAIN BLVD, New Orleans, LA
May
3
Memorial Mass
1:00p.m.
Lake Lawn Metairie Funeral Home
5100 PONTCHARTRAIN BLVD, New Orleans, LA
May
3
Inurnment
Lake Lawn Cemetery
LA
Funeral services provided by:
Lake Lawn Metairie Funeral Home
MAKE A DONATION
MEMORIES & CONDOLENCES
21 Entries
To the best man I ever knew!! I will miss you and 'thank you' for everything. U taught me to be a shining star, and i am. You taught me so much. I miss you Jay!!
Brock Allen
Significant_other
January 20, 2019
Warmest & fond memories I shall always keep of you... tisoro mio
Paticia Brenan
May 13, 2017
To the family, our thoughts and prayers are with you. To the brothers of Sigma Nu we have lost a great friend. We will miss you Jay.
Bo Bunting
May 3, 2017
Jay you were a friend, a strong brother and will be missed by me and many Beta Tau brothers. May God bless your family and friends in this tough time. Rest in Peace my friend you have shared so much with so many and we all miss you
Braxton Smith
May 3, 2017
My best thoughts and prayers to the friends and family of Jay Lauricella. As for the Brothers of Sigma Nu, we lost a most special brother. He will be missed.
Ralph Fuller Grissom
May 3, 2017
Jay will be missed! Was a great brother to both Sigma Nu chapters at LSU and NC State. I will always remember our drive to New Orleans from Raleigh in the 70's. He loved fishing and included anyone and everyone. My thoughts and prayers are to all that knew him as he was a friend and brother to all!
Howard Pickett
May 3, 2017
Jay will always be Jay, he was always a friend and a fraternity brother to all those who knew him at Sigma Nu , LSU BR in the early 70's. He will be missed..................Rest in peace
Dr. Chuck Berthold
May 1, 2017
I am so sorry to hear of this, my condolences and prayers go out to all of his family and friends.
Donald DiMaggio
May 1, 2017
Thoughts and prayers to All the Family .
william austin
May 1, 2017
My deepest sympathies for your loss, May the God of all comfort bring your family peace . Romans 12:12
May 1, 2017
Sandy,
So sorry to learn of the loss of your brother, Jay. I will keep the family in my prayers. Janis Birchenough Wichterich
May 1, 2017
Dear Betty and family,
Pls accept my condolences at the sudden loss of your family member.
His God Call was unexpected, but I know that his spirit will stay with
all of you in the years ahead.
Loss is a sadness, and may I add prayers for each and every one, knoing that His Love and Mercy will never fail.
I'll be with you in prAYER, as I ask
that the Angels and Saints surround you at this difficult time.
Sincerely,
Cookie (Gelpi) Zibilich
Cookie Zibilich
April 30, 2017
One of the fastest lineman I ever saw. Jay was a great Raider. He was an inspiration to his classmates and those Raiders who followed after him. St Jean Baptiste de LaSalle pray for him.
Pat McCrossen
April 30, 2017
Rest in Peace ole friend!
Charlie Crane
April 30, 2017
Dear Lauricella family,
Jay was an asset to the Sigma Nus and a good friend. Rest in peace, Brother.
Sterling Core
April 30, 2017
It warms my heart to know he died doing what he loved. So many great memories, he will be missed.
Much love to the family in their time of sorrow.
Gina Santopadre
April 30, 2017
Lil bro..Always.. Steven Ingels P840
April 30, 2017
I'm very sorry for your loss, may the family cherish your many happy memories and find comfort in this beautiful promise at JOHN 6:40.

Gwendolyn
April 30, 2017
Jay was a true friend for 46 years, who always had my back. We were pledges together at Signa Nu, and he loved the Fraternity. Rest In Peace, my friend. Sal James
Sal James
April 30, 2017
May the God of all comfort keep you in his kindness and caring. He cares for you and will sustain you. You have my deepest sympathy. Ephesians 4:6-7.
April 29, 2017
My deepest condolences to the family.
May the God of unconditional love,
console your grieving heart during
the loss of your dear beloved one.
During the challenging days ahead,
may the LORD give you the needed
strength to endure.
My sincere and heartfelt are with
you.
(Psalms 121)