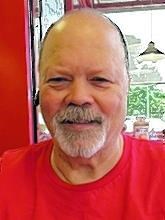 BORN
1951
DIED
2022
Joseph Anthony Dragon, Jr., age 70, of Dayton, TN, passed away on January 3, 2022, at Rhea Medical Center. He was originally from New Orleans, LA, and had made his home in Dayton, TN since 2005. He made his living as a MS Riverboat Captain and was of the Catholic faith. Joey loved the Mississippi River and was a captain on the river for over 50 years. It was never a job, it was a way of life. He, his father, and all of his brothers, were captains. His father started teaching him from the age of 9. He was one of the best on the river. The river will miss him. He was preceded in death by his parents, Joseph Anthony Dragon, Sr. and Vera (Palmisano) Dragon; and his brother Darren Dragon. Joseph is survived by his wife, Michele LeBourgeois of Dayton, TN; his children, Angela Dragon of LA, Chad (Theresa) Dragon of LA, Brandy (Troy) Mayeau of MS, Sandra (Joey) Trosclair of LA, and Joseph Anthony (Bridget) Dragon, III of OR; brothers, Derek (Laurie) Dragon of GA, Audie Dragon of GA, and Lance (Jeanne) Dragon of LA; six grandchildren, and several nieces and nephews. A memorial service will be held at a later date, in Louisiana. 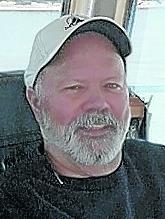 Published by The Advocate from Jan. 11 to Jan. 12, 2022.
To plant trees in memory, please visit the Sympathy Store.
MEMORIAL EVENTS
To offer your sympathy during this difficult time, you can now have memorial trees planted in a National Forest in memory of your loved one.
MAKE A DONATION
MEMORIES & CONDOLENCES
0 Entries
Be the first to post a memory or condolences.