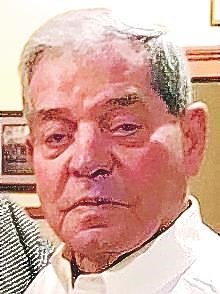 BORN
1944
DIED
2021
FUNERAL HOME
Niland's Funeral Services, Inc.
210 West End Drive
New Roads, LA
Joseph Whitney Langlois Jr. "Joe Buck" January 6, 1944 – September 11, 2021. Joe Langlois, age 77, passed away on September 11, 2021 at the Pointe Coupee General Hospital. Joe was beloved by the multitude of people who knew him. Anyone who had a social conversation with Joe walked away from him feeling better. Joe was an extraordinary fan and student of sports. As a child he listened to baseball games on the radio with his grandfather and later he watched games with his dad. In his youth, his daily routine was to practice basketball in his back yard, efforts that helped him to become an outstanding athlete. As his sons came of age, he transferred those skills to his sons and to a vast number of Pointe Coupee's young boys by coaching football and baseball for many years. His generosity continued throughout his life with his years of work for the New Roads Lions Club and contributions to St. Jude Research Hospital. Joe was a graduate of Poydras High School and attended Louisiana State University and the University of Southwestern Louisiana. He retired from Tembec as a supervisor after a lifetime of service. Joe reigned as King of the 1998 Lion's Club Mardi Gras with Queen Katie Bergeron. He is survived by his two sons Kevin Langlois (Dee) of Mobile, Alabama and James "Jim" (Debbie) Langlois; grandchildren Alyis, Christian, David and Evan Langlois of League City, Texas, his sisters, Cheryl Waddell of New Roads and Kay Callander (Robert) of Baton Rouge, Louisiana and, his best friend who he considered his brother, Robert David (Stella) of New Orleans, Louisiana. He is preceded in death by his parents, Joseph Whitney "Buck Langlois Sr. and LaVerne Williams Langlois; and brother-in-law, Wallace "Wally" Waddell. A private graveside service will be held at St. Mary's Cemetery at a later date. Memorial donations may be made to Pointe Coupee Home Health and Hospice, St. Jude Research Hospital, St. Mary's Catholic Church or charity of choice. A special thanks goes to the staff of Pointe Coupee General Hospital and Pointe Coupee Home Health and Hospice and Doctor Carl McLemore and Dr. Ashley Bordelon for their excellent care.

Published by The Advocate from Sep. 13 to Sep. 15, 2021.
To plant trees in memory, please visit the Sympathy Store.
MEMORIAL EVENTS
To offer your sympathy during this difficult time, you can now have memorial trees planted in a National Forest in memory of your loved one.
Funeral services provided by:
Niland's Funeral Services, Inc.
MAKE A DONATION
Please consider a donation as requested by the family.
MEMORIES & CONDOLENCES
12 Entries
Prayers for the family. I will miss Joe, he was an inspiration to everyone! RIP!!
Robbie Williams Herberger
Family
September 17, 2021
We were so very sorry to learn of Joe's death. Our thoughts and our hearts are with all of you.
Mike and Lynn (Rougon) Barr
Family
September 16, 2021
Prayers for the family
Peter Major
September 16, 2021
Kevin & Jim we enjoy being with your dad at all the LSU Football games he was a joy to be around. I know me mom and dad enjoyed coming to New Roads and being with your family when we were young. He will be missed. Our prayers are with you.
Mark & Robin (Hymel) Clayton
September 14, 2021
Joe Buck you will be missed. You made people smole.
Bob & Mary Ann Williams
Family
September 14, 2021
With heartfelt Sympathy and fond memories of Joe Buck. We often talk at Tembec and I was excited when I found out he was from New Roads and was Mr. Buck son...grew up knowing Mr. Buck, he and my my Dad were friends. Great men. May he rest in Peace.
Linda Saizon-Sampson
September 14, 2021
God bless you, Joe Buck, on your journey to Heaven and peaceful rest. So the best of the best were you...big heart, big smile and big laugh always there for sharing! Prayers for all your family and friends missing you so always.
Kalia Mixon
September 14, 2021
Prayers of comfort to the family. I got to know Joe, my second cousin, when he came to visit Mike and I several times in St. Thomas. I loved hearing all the stories of my Grandmother and Great Aunt and all of the other family. Joe had a passion for life and lived life to the fullest.
Melia and Mike Cook
Family
September 14, 2021
My sincere condolences to all. So many memories, so much love, so much laughter...Joe Buck made the world a better place and life will just not be the same. My memories of Joe will forever be woven into watching the Tigers play, having family and friends over, the smell of barbeque in the air, looking out over False River and New Orleans. He was a good soul, a character like no other, and I will smile every time I think of him. I will dearly miss his stories, his phone calls, his light hearted way of looking at life's problems and just that feeling he gave you that everything was going to be okay. He was one of my most favorite people and a cherished friend. Prayers of comfort to all who knew and loved him.
Keely W. Marionneaux
September 14, 2021
My first day of work at James River/Tembec I was assigned to work for Joe Buck, I quickly realized how fortunate I was. Joe was excellent at developing people to their potential, he always had your back. Joe was like a father, big brother and a friend. Joe will be missed
Roy Landry
Work
September 14, 2021
Sad that he is gone. RIP "Joe Buck".
Eugene Holloway
September 14, 2021
Rest in Peace 'Little Brother.' You will be missed by all.
Hendon Blaylock
Friend
September 14, 2021
Showing 1 - 12 of 12 results