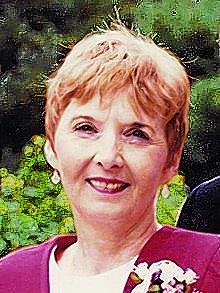 Judith Heuer Cate (Judy) passed away on Tuesday, May 25th, 2021 at the age of 85 at Flannery Oaks Guest House in Baton Rouge, LA. Judy was born in St. Louis, MO to Kathleen and William Heuer. She was married for over 20 years to Howard A. Schoech, and together they had four children: Curtis, William, Ann, and James. After her divorce with Howard, Judy later married Robert Ronald Cate in 1984 in Omaha, NE. She and Bob moved to Baton Rouge, LA in 1993 and stayed together until their passing this year. Judy had survived several physical traumas, including breast cancer in the 1990s, and afterwards donated her time to the fight against cancer. She was known for her unique sense of humor and is missed by all. Judy's husband Robert Ronald Cate (Bob) also passed away earlier this year, on April 9 at Carpenter House after a brave six-month battle with cancer. Judy and Bob's combined memorial service will be held at St. Luke's Episcopal Church in Baton Rouge on Friday, October 8 at 11:30 am. Judy and Bob attended St. Luke's Episcopal Church for over 20 years, and their ashes will remain there in the church columbarium. Judy is survived by her brother William Heuer; her sons Curtis Schoech (Emily), William Schoech (Julia), James Schoech (Tawnya); daughter Ann Allgood; stepsons Michael Cate (Jessica), Robert Scott Cate-Cribari (Jill) as well as numerous grandchildren, nephews, nieces, and great-grandchildren. In lieu of flowers, the family requests that you consider a donation to the Baton Rouge Cancer Center Fund at Ochsner Clinic Foundation. Donations can be made online at https://www.ochsner.org/robert/ or mailed to: Ochsner Clinic Foundation, Department of Philanthropy, 1514 Jefferson Highway, New Orleans, LA 70121. Please email [email protected] with any questions.