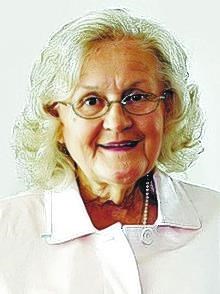 FUNERAL HOME
Vincent Funeral Home - Gueydan - Gueydan
311 Fourth Street
Gueydan, LA
A Mass of Christian Burial will be held at 2:00 PM on Wednesday, November 24, 2021 at St. Peter the Apostle Roman Catholic Church honoring the life of Linda Guidry Zaunbrecher, 80, who died Sunday, November 21, 2021 at her residence. She will be laid to rest at Gueydan Cemetery with Reverend Corey Campeaux officiating the services with Bret Lee assisting. Serving as pallbearers will be her grandsons and her nephew, Craig Campbell Guidry. Honorary pallbearers will be her sons-in-law, grandsons-in-law, and all her nephews. Serving as gift bearers will be her granddaughters and granddaughters-in-law and serving as lectors will be Victoria H. McDonald and Katherine G. Douthitt. A native of Gueydan, Linda was a loving wife, mother, grandmother and great-grandmother. By her own admission, Linda did not have an agricultural background. She grew up in town, blocks away from rice fields. It was not until she married into a German farm family that she quickly learned what it meant to live and work in agriculture. It was a life-changing event that led Linda to become a female leader in a male dominated industry and establish a legacy that ensured a future filled with new agricultural leaders. In the 1980's, Linda became involved in the Vermilion Parish Farm Bureau and the Louisiana Farm Bureau Women's Leadership Committee. In 1984, her peers elected her to chair that committee. That position came with a seat on the Louisiana Farm Bureau Board of Directors. As the Women's Leadership Committee chair, Linda fostered leadership roles in every parish of the state and worked closely with the American Farm Bureau Women's Leadership Committee. In 1990, Linda made history as the first woman elected to the Louisiana Farm Bureau Board of Directors Executive Committee. For 25 years, Linda served as 3rd Vice President of the Louisiana Farm Bureau Federation. In her role as 3rd Vice President, she became an even stronger advocate for agriculture. She served as chair of the Louisiana Farm Bureau Coastal and Wetlands Advisory Committee; a position she maintained even after retiring from the Louisiana Farm Bureau Board. She also assumed leadership positions on the Louisiana Rice Council and the USA Rice Federation and made history again when she became the first woman elected to the Southern Farm Bureau Casualty Insurance Company's Board of Directors. It was also during this time that Linda helped establish the Louisiana Farm Bureau Foundation. This is a charitable program of the Louisiana Farm Bureau which helps fund Louisiana Agriculture in the Classroom programs and provides scholarships to young people who plan to make a career in agriculture. That scholarship program has grown from a single-year stipend to a four-year scholarship which follows recipients through their college career. In 2016, the Louisiana Farm Bureau changed the name of the scholarship to the Linda and Wayne Zaunbrecher Scholarship. In 2019, Linda was only the second woman to enter the Ag Hall of Distinction. Her career is distinguished by her pioneering work in increasing leadership opportunities for women in agriculture. She is survived by her daughters, Alison and her husband, Dewey Domingues of Erath; their sons, Tyler Louis and his wife, Brooke, and children Lily Grace and Rosie Kate; Philip Dwayne and his wife, Chelsie, and children Grady Dwayne, Azalie Elizabeth, and John Reista Michael; Samuel Mark and his fiancée, Elizabeth Chiasson and their son Graham; and Matthew Dewey; Andrea and her husband, Christopher Herpin of Kaplan; their children, Victoria H. and her husband, Walker B. McDonald II, and their children, William Walker, Henry Nicholas, Anna Barbara, and Clyde Burnside; Michaela H. and her husband, Alex D. Lee, and their son, Kenneth-Wayne; and Christopher Ridge and his girlfriend, Victoria E. Roussel; and one brother, Kenneth Paul Guidry and his wife, Mary Taylor. She was preceded in death by her husband, Wayne N. Zaunbrecher; her parents, Wilbur and Lucille Vincent Guidry; and her son, Dwayne Anthony Zaunbrecher. In lieu of flowers, donations may be made to La. Farm Bureau Foundation/Linda and Wayne Zaunbrecher Scholarship (PO Box 95004, Baton Rouge, LA 70895-9004) -or- Vermilion Farm Bureau Federation/Dwayne A. Zaunbrecher Memorial Scholarship (3139 Veterans Memorial Dr., Abbeville, LA 70510). The family requests that visiting hours be observed at Vincent Funeral Home – Gueydan, 311 Fourth Street, on Tuesday, November 23, 2021 from 2:00 PM until 9:00 PM with a rosary being prayed at 7:00 PM; Wednesday, November 24, 2021 from 9:00 AM until the procession departs for the church at 1:30 PM. All funeral arrangements are being conducted by Vincent Funeral Home of Gueydan, (337) 536-6124 [Service Information 225-5276]. Condolences may be sent to the Zaunbrecher family at www.vincentfuneralhome.net.