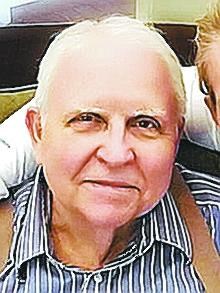 BORN
1935
DIED
2022
Malcolm Wayne Miley died on January 2, just short of his 87th birthday. He had suffered for ten years with pulmonary fibrosis and died peacefully while being attended by his son Alan, who in recent years shared the family home in Baton Rouge with his father. Wayne was born February 7, 1935, in Denham Springs, Louisiana. For much of his life he was a church musician, serving churches in Cheneyville and Monroe, LA; Mexia, TX; Jackson, MS.; Baton Rouge; and Richardson, TX. Miley was a natural-born musician who developed his skills first at Louisiana College, where he earned a bachelor's degree in music, and later at Southwestern Baptist Theological Seminary, Ft. Worth, where he was awarded the degree Master of Church Music. His master's thesis was on the music of early American composer William Billings. Wayne had a zeal for life that was manifest in music, but also in various other ways. While in high school he sold Venetian blinds door to door and was remarkably successful at it. Who could deny this handsome, blonde-haired, blue-eyed young salesman, whose entrepreneurial spirit burned so bright? He brought that same entrepreneurism to every task he undertook. This became obvious when he took on the role of minister of music, as he inspired, developed, and expanded the music programs in the churches he served. Wayne was a consummate musician, able to draw beautiful music out of whatever raw talent was placed before him. His vocation, however, far surpassed making music. His love for people led him to cultivate talents in others, especially young people, who were magnetically attracted to him. He loved a bargain and was once observed talking down the price of a $5.00 watermelon at a rural Louisiana roadside stand. At the same time, he possessed a generous spirit that richly blessed those fortunate enough to be in his company. That company extended to a number of foreign exchange students. He enriched the lives of these young people from other cultures, and, after retiring from church music, spent time traveling to visit them in their own countries. His was a life lived with robust passion. Wayne Miley was preceded in death by his parents Huland David Miley, Sr., and Annie Lee Tate Miley of Denham Springs, as well as his brother Huland David Miley, Jr. He is survived by his four children: Truett Wayne Miley (Courtney Jones), Steven Price Miley, Alan Math Miley, and Lara Kristen Miley (Laurie Wingate Hamilton), all of Baton Rouge. Further survivors include his former wife Nelda Lou Pilgreen, cousins Vida Rae Smith and Ermalynne Satcher, and his grandchildren Erin Nicole Miley and Adam Wayne Miley. Wayne attended the Unitarian Church of Baton Rouge and was a member of Broadmoor Baptist Church, where he had previously served as Minister of Music. He was a strong supporter of the Baton Rouge Symphony, serving on its board. Wayne was also an avid snow skier, a sport he shared enthusiastically with family and friends. A service celebrating Wayne Miley's life will be held on Saturday, January 8, at 1 PM. at Broadmoor Baptist Church 9755 Goodwood Blvd., Baton Rouge. Visitation will be held prior to the service at 11 AM. In lieu of flowers, memorial contributions may be made to The Pulmonary Fibrosis Foundation, www.PulmonaryFibrosis.org.

Published by The Advocate from Jan. 6 to Jan. 8, 2022.
To plant trees in memory, please visit the Sympathy Store.
MEMORIAL EVENTS
Jan
8
Visitation
11:00a.m. - 1:00p.m.
Broadmoor Baptist Church
9755 Goodwood Blvd., Baton Rouge, LA
Jan
8
Service
1:00p.m.
Broadmoor Baptist Church
9755 Goodwood Blvd., Baton Rouge, LA
MAKE A DONATION
MEMORIES & CONDOLENCES
3 Entries
Kristen May your hearts soon be filled with wonderful memories of joyful times together as you celebrate a life well lived.
Louise Jones Nelson
January 8, 2022
We extend our heartfelt condolences to your family. May God comfort you all.
Susie Williams and Bob Waggener
Friend
January 6, 2022
My prayers are with you and the family.
Gregory
Other
January 6, 2022
Showing 1 - 3 of 3 results