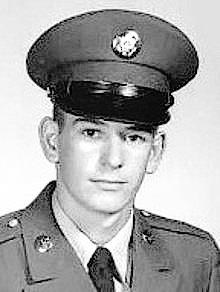 BORN
1946
DIED
2021
Malcombe Douglas King, resident of Walker, LA, was born on June 18, 1946 in Baton Rouge and passed away on October 2, 2021 at the age of 75 at his home. At the age of 16, Doug joined the United States Army and served from 1963 to 1971. He was a self-employed brick mason and a jack of all trades. Doug had a passion for hunting and fishing. He is survived by his wife of 55 years, Sherri Forbes King; son and daughter-in-law, D.L. King and Angela King; daughter and son-in-law, Crystal King Cain and Brent Cain; granddaughters, Chelsea King, Calyn Cain Foster and her husband Kirk Foster, Carly Cain, and Cara Cain; great-grandson, Wyatt "Monk" Foster; and brothers, Mike and Warner King. He is preceded in death by his parents, Warner and Gladys King; and grandson Jarrett Cain. Burial will be private at Pine Grove United Methodist Cemetery.

Published by The Advocate from Oct. 6 to Oct. 7, 2021.
To plant trees in memory, please visit the Sympathy Store.
MEMORIAL EVENTS
To offer your sympathy during this difficult time, you can now have memorial trees planted in a National Forest in memory of your loved one.
MAKE A DONATION
MEMORIES & CONDOLENCES
0 Entries
Be the first to post a memory or condolences.