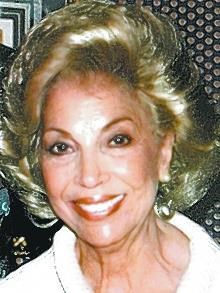 BORN
1931
DIED
2022
ABOUT
St. Joseph's Academy
From the book of Ecclesiastes, there is an appointed time for everything, a time to be born and a time to die. Mrs. Margaret R. Bologna was called to her eternal home on January 6, 2022. She was the third of four daughters born to Mr. and Mrs. Joe B. Ragusa on March 29, 1931. She was reared and educated in Baton Rouge and a member of the 1948 graduating class of St. Joseph's Academy. The Ragusa and Bologna families became friends in 1939. She met her future husband, A.J., when was eight years old, and they later became high school sweethearts. They were married in 1950. She was preceded in death by her mother and father, Joseph Benjamin and Josephine Vince Ragusa, and sisters, Carrie Saia, Marie DeBendetto, and Kay Francis, and son-in-law, Donald Turnley. In passing, she leaves behind her devoted daughters, Mary Ellen Bologna Kopel and her husband, Sam Kopel, and Toni Jo Bologna Turnley; four grandchildren, Cara Turnley Rener (Douglas), Josh Kopel (Katerina), Anthony Turnley (Laura), and Benjamin Kopel (Shana) and five great-grandchildren, Miguel Wood, William Wood, Winston Turnley, Harper Kopel, and Milo Kopel, and her dearest friend, Josie Barcelona. Mrs. Bologna was a devoted wife, mother, grandmother and great-grandmother placing her family and faith above all else. She was a member of the Holy Name Society of Our Lady of Mercy, a Monday afternoon adorer, and a member of the Catholic Daughters. She served as Grand Regent for Sacred Heart parish Court Jesu 1893. She founded one of the first carnival balls in Baton Rouge, known as Krewe of Aurora, and served as Captain for ten years. She was a member of the Lazy Daisies at the Baton Rouge Garden Club and enjoyed caring for her home and garden. Our appreciation to Dr. Bunnie Hill Bologna, her primary physician, her cardiologist, Dr. Darren Breaux and his nurse practitioner, Ms. Sara Frank, NP-C, her faithful "doer of all things", Ms. Selina Atiyeh, and her caretaker, Mrs. Merrion Freeman. Pall bearers: Josh Kopel, Anthony Turnley, Benjamin Kopel, Douglas Rener, S.J. Saia, Russell Saia, III, Paul Bologna, Robert Aucoin, Brennan Bourg, Sr. and Richard M. Ellis. Honorary pallbearers: Sam Kopel, Joseph Saffiotti, Vincent Saffiotti, Ted Bryson, Daniel Curry, Sr., David DeBendetto, Matthew Dobbins, Mark Dobbins, Anthony Swearingen, and Stewart Samuels. Visitation will be held at Our Lady of Mercy Catholic Church on Tuesday, January 11, 2022 from 8:30 am - 10 am and Mass of Christian burial at 10 am followed by entombment at Roselawn Park. Masks are recommended. She especially loved the prayer of St. Francis of Assisi, O Divine Master, Grant that I may not so much seek, To be consoled as to console, To be understood as to understand; To be loved as to love. For it is in giving that we receive; It is in pardoning that we are pardoned; And it is in dying that we are born to eternal life. To view and sign the online guestbook, please visit www.rabenhorst.com.

Published by The Advocate from Jan. 8 to Jan. 11, 2022.
To plant trees in memory, please visit the Sympathy Store.
MEMORIAL EVENTS
Jan
11
Visitation
8:30a.m. - 10:00a.m.
Our Lady of Mercy Catholic Church
LA
Jan
11
Mass of Christian Burial
10:00a.m.
Our Lady of Mercy Catholic Church
LA
MAKE A DONATION
MEMORIES & CONDOLENCES
12 Entries
Mary Ellen and Toni I am so sorry for your loss. I remember your mother was the most beautiful lady with the greatest smile. Love to your families.
Mary Bond Spillman
Other
January 12, 2022
What a sweet beautiful soul she was. She was caring and always wanted to check on your family anytime our paths crossed, mostly at church. She was one of my many Ragusa cousins. Due to Covid, I was unable to attend service but lift prayers for her and her family.
Ina Ragusa Dugas
Family
January 11, 2022
Deepest condolences for the Bologna family with the passing of Margaret. May she Rest In Peace.
Jordan Reese
January 11, 2022
Toni, so sorry to hear of you Mom's passing. Prayers of peace for you, your family and all who loved your Mom.
Rosary and Brent Guillot
January 11, 2022
I remember once around Christmas she had Anthonys wife Laura to drive her around delivering gifts to sick and shut in people. I thought she is as dedicated to charitable work as most people are to for profit work. I was touched by her genuine kindness and generosity. May God bless her family and friends
velton ross
Friend
January 11, 2022
Toni, I am so sorry. My prayers are with you and your family.
Kathy Conques
January 11, 2022
Mary Ellen and Toni Jo, I was so saddened to learn of your mom's death. I will always remember that she "hosted" the meeting at your house as we planned the "renegade" prom in junior year! And was she our Blue Bird leader in the 3rd grade? Lots of memories... Lifting up you and your family in prayer. Love, Gwen
Gwen Grass
January 10, 2022
My deepest condolences to you and family.Sorry for your loss, God bless you. Love, Jackie
Jacqueline Guerin
Work
January 10, 2022
We were saddened to learn of your mom's passing. She and your family are in our thoughts and prayers Toni.
Pat and Mabyn Shingleton
January 10, 2022
Heaven has a beautiful new angel ! Tony, my love to you and your family.
Elisabeth McKowen
January 9, 2022
Mary Ellen and Toni, we are saddened upon hearing of your dear mother´s passing. She was such a, kind lady. May your sweet memories of times with her comfort you. Our prayers are with you and your families. Love, David and Jane Ourso
David and Jane Ourso
January 8, 2022
Mary and Toni - Your mother was such a special woman on so many levels. May memories of your personal moments with her help heal your hearts. We, too, will miss her very much.
Lynn & Stew Samuels
January 8, 2022
Showing 1 - 12 of 12 results