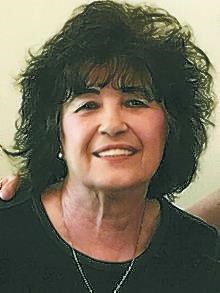 FUNERAL HOME
Ourso Funeral Home
13533 Airline Highway
Gonzales, LA
Marilyn Bourque, a devoted wife, mother and grandmother was a resident of Prairieville, LA. On October 9, 2021, she entered into eternal rest at 74 years of age, after a 4.5 year battle with Multiple Myeloma cancer. She was a 1965 graduate of Dutchtown High School. She was a housewife and happily married to Carl Bourque for 54 years. She is survived by her loving husband; two sons, Clay Bourque (Katie) and Clint Bourque (Reiko); daughter, Camie Moore (Danny); seven grandchildren; and two sisters, Kathleen LeBlanc (Lynn) and Theresa Neyland (Chuck). Marilyn was preceded in death by her parents, Robert (Bob) and Audrey Hernandez; two brothers, Robert L. Jr. (Bobby) and Jackie Hernandez; and granddaughter, Madelyn Moore. She was a member of Oak Grove Baptist Church, played Pokeno for many years, loved taking care of her plants, crocheting, spending time with family and friends and most of all being with her grandchildren. Family and friends are invited to attend the visitation which will be held at Ourso Funeral Home on Thursday, October 14th from 5-8pm. Funeral services will be on Friday, October 15th at Ourso Funeral Home with visitation from 10am-12pm, service at 12pm. Burial to follow at Cornerview Cemetery. In lieu of flowers, you can make a donation to St. Jude cancer research.

Published by The Advocate from Oct. 13 to Oct. 15, 2021.
To plant trees in memory, please visit the Sympathy Store.
MEMORIAL EVENTS
Oct
14
Visitation
5:00p.m. - 8:00p.m.
Ourso Funeral Home
13533 Airline Highway, Gonzales, LA
Oct
15
Visitation
10:00a.m. - 12:00p.m.
Ourso Funeral Home
13533 Airline Highway, Gonzales, LA
Oct
15
Funeral service
12:00p.m.
Ourso Funeral Home
13533 Airline Highway, Gonzales, LA
Funeral services provided by:
Ourso Funeral Home
MAKE A DONATION
MEMORIES & CONDOLENCES
5 Entries
The example of the person who Christ will say Well Done My Good & Faithful Servant. She was there for my mom & my whole family yet still managed to be there for us on an individual level. She was dedicated to all of those she loved & gave a lasting impression of what it is like to enjoy every day that she had here. I said it wonr be hard to find Mrs Marilyn when we cross over because we have already had a glimpse of her light here on earth. See you again Lovely Lady. I know you´ll be with all of us still. Thank You.
Belinda Bossom
Friend
October 14, 2021
We are so very sorry for your loss. Prayers to all.
Lloyd & Sharon Hebert
October 14, 2021
Mr. Carl So sorry for your loss. You and your family are in my thoughts and prayers.
Leann Evans
Work
October 14, 2021
Dear Carl, I was sorry sorry to hear of Marilyn's passing. I am sending prayers for you and your family
Cheryl LeBlanc
School
October 14, 2021
Offering our deepest condolences during this difficult time.
The Staff of Ourso Funeral Home
October 13, 2021
Showing 1 - 5 of 5 results