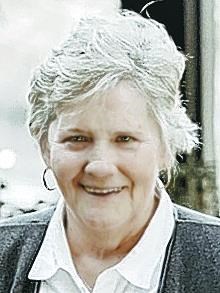 BORN
1946
DIED
2021
FUNERAL HOME
Brandon G. Thompson Funeral Home - Denham Springs
7738 Florida Blvd.
Denham Springs, LA
Marilyn Diane Traylor Durand returned to live with our Heavenly Father on Wednesday, December 15, 2021 at the age of 75. She was a native of Pride, LA and longtime resident of Denham Springs, LA. Marilyn was the daughter of the late Jewell Edward Traylor Sr. and Samina Eleanor (Rogillio) Traylor. She retired from the Livingston Parish Public School System where she worked with autistic children and was a lifelong member of The Church of Jesus Christ of Latter Day Saints. Marilyn was affectionately known as Mimi by her grandchildren and so many more, she cherished the role of being a mom and Mimi more than anything else in the world. There was always an adventure at Mimi's house. Marilyn loved purple and gold and was one of the LSU Tigers biggest fans. She is survived by her husband of almost 56 years, Elvin R Durand, Jr., son, Trey Durand (Tabatha), daughter, Lydia McMorris (Jeff) and brother Michael Traylor (Brenda); grandchildren, Shane Durand, Brett Durand (Caitlin), Joshua Durand, Chelsi McMorris Barber (Tom), Justin Durand, Hunter McMorris, Amber Durand and Gavin Durand, along with 5 great-grandchildren. Marilyn was preceded in death by her son Paul Durand and brothers David Traylor, Preston Traylor and Edward Traylor. A memorial service will be held at a later date. In lieu of flowers, memorial donations can be made to Alzheimer's Services of the Capital Area or to The Church of Jesus Christ of Latter Day Saints.

Published by The Advocate from Jan. 7 to Jan. 8, 2022.
To plant trees in memory, please visit the Sympathy Store.
MEMORIAL EVENTS
To offer your sympathy during this difficult time, you can now have memorial trees planted in a National Forest in memory of your loved one.
Funeral services provided by:
Brandon G. Thompson Funeral Home - Denham Springs
MAKE A DONATION
MEMORIES & CONDOLENCES
0 Entries
Be the first to post a memory or condolences.