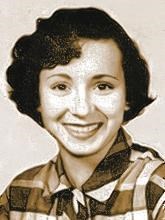 BORN
1937
DIED
2021
Martha Mae Morgan Hanna, 84, passed away peacefully at her residence in Phoenix, Arizona after a recent illness on December 15, 2021. Her youngest son, John "Chip" Frederick Hanna, was her constant companion and at her side when she passed into Heaven. Martha, or "Sister" as she was known to her siblings, was born in Baton Rouge, Louisiana on September 2, 1937 to John "Freddie" Frederick and Nora (Babin) Morgan. She was a devoted wife, mother, grandmother, great-grandmother, sister, and aunt. Martha held the importance of family above all else. Martha was a retired registered nurse; although, she wore many other occupational hats along the way. She was one of the first keypunch operators at the dawn of the computer age in Baton Rouge and was a talented singer. She sang at the Old South Jamboree live on the radio in the 1970's. Martha graduated from Pride High School in 1955 where she was the salutatorian and very active in clubs and activities. She also attended Louisiana State University. She is predeceased by the love of her life, Max Baer Hanna. They were married 53 years before being parted, but are now joined in eternal life together. Hanna was a member of Sandy Creek Baptist Church in Zachary, Louisiana. Martha's greatest joy was spending time with her family. She frequently opened her home and heart to all those in need as well as stray animals. She loved entertaining and many a summer day was spent by family and friends having picnics at her home followed by swimming in Sandy Creek. Family celebrations were often held on the grounds of Oakley Plantation where her sisters and their families would gather and have the best of times. Martha created so many wonderful memories for her family and friends to reflect upon. She was the family historian and spent countless hours doing genealogical research. She was also a gifted storyteller, baker, artist, gardener, and floral arranger. She is survived by her sons, Conrad Ripley "Rip" Hanna and his wife Kim of Pride, Louisiana; John "Chip" Frederick Hanna and his wife Erin Mason of Phoenix, Arizona; grandchildren Nicole Lynn Hanna Polit (Tom); Kristin Bordelon; Brittney Morgan Hanna; MaKayla Elizabeth Ripley Hanna (Rondell); Max Baer Hanna III, Krystal Firster, and Noel Edge; great-grandchildren Jayden Polit, Dylan Polit, Skylar Mae Gueho, Adreyan Faith Gueho, Colt Alexander Gueho, and Keira Bordelon; sisters: Nora Morgan Jenkins (Jim) of Baton Rouge, Louisiana, Hellen Louise Morgan Geromini of Prairieville, Louisiana, and Mary Edith Morgan Larrimore (Maurice) of Manchaca, Texas; half-brothers Pete Carmona (Mary), Paul Carmona (Helen), and Randy Carmona; sisters-in-law Jo Ann Coniglio, Gay Major, and Syble Ashford; numerous nieces, nephews, and cousins whom she dearly loved. She was predeceased by her parents, John "Freddie" Frederick Morgan and Nora (Babin) Morgan Carmona; her husband, Max Baer Hanna; her son, Max Baer Hanna, Jr.; her granddaughter, Faith Marie Hanna; her siblings Dorothy Lee Morgan Duke, Barbara Jeanette Morgan Shaver, John "Freddie" Frederick Morgan, Jr., and Kathleen Gayle Morgan; half-siblings Virgil Lee Carmona and Juanita Carmona; brothers and sisters-in-law Jack Donald Duke, Raymond Robert "Ray" Geromini, Bill and Bobbie Baker, Newell and Gloria Ballard, Daniel Major, Clyde and Shirley Hanna, Len and Stella Brown, and Harold G. Ashford; father and mother-in-law, Ernest Marion and Birdie (McCrae) Hanna; niece Cheryl Kay Ballard; and, stepfather, Pete Carmona, Sr. A special thanks to Ms. Holly Snow. A graveside memorial service to honor and celebrate the life of Martha Mae Morgan Hanna will be held at 11:30 am on Wednesday, January 19, 2022 at Sandy Creek Cemetery in Pride, Louisiana. 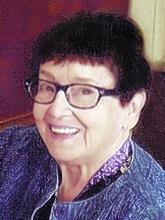 Published by The Advocate from Jan. 12 to Jan. 19, 2022.
To plant trees in memory, please visit the Sympathy Store.
MEMORIAL EVENTS
Jan
19
Graveside service
11:30a.m.
Sandy Creek Cemetery
Pride, LA
MAKE A DONATION
MEMORIES & CONDOLENCES
4 Entries
I was saddened to hear about Aunt Martha´s passing. I´m afraid I´ll be unable to make it today as we have Covid. Praying for God´s comfort in the days ahead.
Bridget Venable
January 19, 2022
I remember Martha from many years ago, as well as Martha, Nora, Barbra, Freddie and Mary. Mary I am so sorry for your loss, I Pray you are well, Think of you often.
Patricia Cross
Family
January 14, 2022
Rip: So sorry to learn of the loss of your mother. Praying for you.
Dean Croft
Friend
January 14, 2022
So sorry for your loss. We have so many great memories of Aunt Martha.
Janine Rousseau
Family
January 14, 2022
Showing 1 - 4 of 4 results