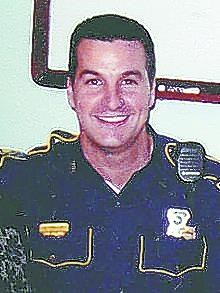 FUNERAL HOME
Resthaven Gardens of Memory & Funeral Home
11817 Jefferson Highway
Baton Rouge, LA
UPCOMING SERVICE
Inurnment
Oct, 16 2021
St. George Catholic Cemetery
Send Flowers
Master Louisiana State Trooper Adam C. Gaubert passed away on Saturday, October 9, 2021, while serving the citizens of the State of Louisiana. He was 47 years old. After graduating high school, Adam proudly followed in his grandfathers' footsteps by serving his country in the United States Army, where he served as an Infantryman, including a combat tour in Somalia. Upon completion of his enlisted service, Adam joined the Louisiana National Guard and the United States Army Reserve, where he earned the rank of Sergeant First Class. He also served as an police officer for the Louisiana Department of Public Safety before joining the Louisiana State Police in 2002. During his time as a trooper, Adam worked tirelessly to ensure public safety, patrolling Louisiana's state highways and as a detective in the LSP Criminal Investigations Division. Adam was a loving, proud and dedicated father, son, brother and uncle. Adam is survived by his sons, Hunter and Dylan Gaubert, his parents, Michael and Joann Gaubert of Baton Rouge and his sisters, Kim Foster and Alisha Gaubert of Houston, TX. He is also survived by his brother-in-law, Michael Foster, along with a niece, Dorothy Foster, and nephew, Warren Foster. He also leaves behind many aunts, uncles and cousins. He was preceded in death by his paternal grandparents, Howard and Mary "Jeri" Gaubert and maternal grandparents, Fulton "Sam" and Dorothy "Dot" Gauthier and uncle, Larry Gauthier. The Gaubert family wishes to thank all those who have reached out in loving support and prayers during this difficult and tragic time. Visitation will be held at Resthaven Funeral Home on Friday, October 15, 2021 from 5:00 p.m. until 8:00 p.m. Visitation will continue at St. George Catholic Church on Saturday, October 16, 2021 from 9:00 a.m. until Mass of Christian Burial at 11:00 a.m. Inurnment will follow at St. George Catholic Cemetery. In lieu of flowers, the family requests donations be made in Adam's name to Louisiana State Troopers Association.

Published by The Advocate from Oct. 13 to Oct. 16, 2021.
To plant trees in memory, please visit the Sympathy Store.
MEMORIAL EVENTS
Oct
15
Visitation
5:00p.m. - 8:00p.m.
Resthaven Gardens of Memory & Funeral Home
11817 Jefferson Highway, Baton Rouge, LA
Oct
16
Visitation
9:00a.m. - 11:00a.m.
St. George Catholic Church
LA
Oct
16
Mass of Christian Burial
11:00a.m.
St. George Catholic Church
LA
Oct
16
Inurnment
St. George Catholic Cemetery
LA
Funeral services provided by:
Resthaven Gardens of Memory & Funeral Home
MAKE A DONATION
MEMORIES & CONDOLENCES
19 Entries
Mike and Family, We are so sorry for the loss of Trooper Adam and his family. Praying that God will give you comfort and peace during this most difficult time. Offering our Deepest Condolences and Prayers. Thank you for your service. R.I.P.
Thomas (Doc) & Janice Robertson
Other
October 16, 2021
Mike and Family, So sorry for the loss of your son Adam !! May our Lord bless all of you during this sad time and keep you in his prayers !! Rest in peace Adam !! Hugs, prayers, and love coming your way !! Barbara Z. Accardo
Barbara Zeringue Accardo
October 16, 2021
Mike and family we are so sorry for the loss of Adam. Praying that God will give you peace and comfort during this time. Offering our Deepest Condolences and Prayers. Thank you for your service. Richard & Phyllis Decoteau
Richard & Phyllis Decoteau
October 15, 2021
God bless Trooper Adam´s family. Thank you Adam for your military service and your service to the state of Louisiana. May Adam rest in peace
Corliss Satterfeal
October 15, 2021
Mike and family I am so sorry for your loss. I am praying that God will give you peace and comfort in this time of grief over the loss of Adam. Ken Hebert
Kenneth W Hebert
October 15, 2021
Sending my Deepest Condolences to family and friends thank you for your service
Bessie Ford
Other
October 15, 2021
Thank you Adam for your service and sacrifice to this country.
The Quijano Family
Other
October 15, 2021
My Deepest Sympathy to my Brother in Blue. May God welcome you to eternal life for your public service. I am truly sorry I will not be able to make the wake or funeral. I appreciate the kind words of me he had with my son, a deputy with Ascension S.O. Blessed are the Peace Makers for they shall be call the Children of God.
Robert "Bob" Landry
Work
October 15, 2021
Joann, I knew Adam was yours. He had the same smile as you. We are so sorry for you and your family´s loss. God be with all of you.
Barbara and Johnny Luneau
Friend
October 15, 2021
Mike, you and your family have my sincere sympathy. You all have my prayers.
Isadore A Brown Jr
October 14, 2021
Mike, so sorry to hear this. Prayers to you and your family.
Kenneth J Cornett
October 14, 2021
We greatly appreciate Trooper Gaubert's service to the State of Louisiana and offer our deepest sympathies and prayers to your family during this difficult time.
Jason and Leann Evans
Work
October 14, 2021
Mike and Joann, prayers for you and your family. Adam accomplished more in his 47 years than most people do in twice that time. Bill and Diane Lambert
Bill and Diane Lambert
October 14, 2021
Thank you for your service, bravery and sacrifice, Trooper Gaubert. May you Rest in Peace. GOD Bless your loved ones with precious memories that will bring comfort, smiles and closure.
Rose Bourg
Other
October 14, 2021
Our condolences to the Gaubert Family in your loss. May the moments you shared grant you comfort and peace. We also thank Trooper Gaubert for his service in the U.S. Army in defense of our Nation. God Bless you all as you grieve. Vince and Rhenda Giaccone
Vince Giaccone
October 14, 2021
Thank you, Sir, for your service to the State of Louisiana. God´s blessings on your family.
Dianne Walker
October 14, 2021
The sacrifices made, the services rendered, will never be forgotten. May you feel the presence of our Lord and Saviour as His loving arms surround you.
Debra and Robert Dow
Other
October 14, 2021
R.I.P. Thank you for your service.
Betty Wilson
October 13, 2021
Master Trooper Adam Gaubert, Thank You For Your "BRAVERY, SERVICES & PROTECTION! God Bless You & May You R.I.H.P. Heartfelt Condolences To Your Parents, Siblings & The Men/Women In Blue. Fly High Master Gaubert! God Is Waiting For You With His Loving Open Arms.
Camilla C. Guercio
Work
October 13, 2021
Showing 1 - 19 of 19 results