Michael Crespo
Michael passed away Sunday, Nov. 14, 2010, at the Butterfly Wing of Hospice of Baton Rouge. He was 63, a resident of Baton Rouge and native of New Orleans. He was an artist, professor and director of the School of Art at LSU, where he taught for 35 years. He was awarded an endowed Alumni Professorship and the Distinguished Professor of Art honor. Michael's work was shown nationally and internationally and he was a longstanding artist in galleries in Houston and Memphis. His work is found in numerous major collections around the country. He was the author of three books on painting and taught workshops in Italy and Greece. He was a lover of poetry and music and took great joy in sharing his passions with his beloved students. He is survived by his wife, Libby Johnson Crespo; daughter, Clare Crespo Chinlund and husband James, of Los Angeles; son, Paul Crespo and wife Marie, of Baton Rouge; sister, Deborah Crespo, of Baton Rouge; mother-in-law, Bebe Johnson Sill; grandchildren, Ruby Chinlund, Sophie Crespo and Sven Crespo; nieces, Tara Taylor Robin and Alexa Montgomery; nephew, Hans Montgomery; sister-in-law, Barbara Ross; and brother-in-law, Lea Johnson. Preceded in death by his father, Harold Crespo; and mother, Mary Buford Crespo. Visiting at First United Methodist Church, 930 North Blvd., on Saturday, Nov. 20, from 10 a.m. until memorial service at 1 p.m., conducted by the Rev. Susie Thomas and Father Augustine Wetta, O.S.B. The family would like to thank the staff of the Hospice of Baton Rouge's Butterfly Wing and Dr. Christopher McCanless for their excellent care and support. In lieu of flowers, donations may be sent to Hospice of Baton Rouge, 9063 Siegen Lane, Suite A, Baton Rouge, LA 70810, Children's Art Project, MD Anderson Cancer Center, Box 30143, Houston, TX 77230-1435 or First United Methodist Church Building Fund, 930 North Blvd., Baton Rouge, LA 70802. Arrangements by Rabenhorst Funeral Home, 825 Government St.
Published by The Advocate from Nov. 17 to Nov. 20, 2010.
To plant trees in memory, please visit the Sympathy Store.
MEMORIAL EVENTS
To offer your sympathy during this difficult time, you can now have memorial trees planted in a National Forest in memory of your loved one.
MAKE A DONATION
MEMORIES & CONDOLENCES
33 Entries Still with us every day. Now in upstate NY.
Manuel Ytuarte
Friend
November 11, 2020
Never forgotten. We are in the process of moving and our belongs have been in storage for then last few months. There were a few things that we simply could not place in the storage facility. Michaels Squid and Rose is beIng cared for by my mother in law. When we settle in at our new home we will find a suitable place for this work. His painting is very much a part of our everyday life.
Manuel Ytuarte
Friend
November 16, 2019
I cannot believe its been 9 years since we lost Michael Crespo. I am still teaching, still a painter, and when I am trying to figure out what to do next, I often hear his whispered advice I heard so often during college- sometimes all it needs is a shot of green. Michael is still making me smile.
Marguerite Moreau Mccarthy
Student
November 11, 2019
Godspeed, Friend. You changed an untold number of worlds for the better; That would include mine. Several times. And every student whose mind you blew and world you rocked will always love you for it. We celebrate your life every day.

Please accept from all of us at the New Orleans Academy of Fine Arts, our deepest sympathy for your great loss. Michael Crespo was and still is a most valuable cultural asset of Louisiana. He leaves us with a wealth of work, aesthetic philosophy and innumerable students who continue his noble quest.

Auseklis Ozols
Auseklis Ozols
November 19, 2010
I had the good fortune of taking two watercolor clases with Michael Crespo at LSU. Godspeed, Mr. Crespo. You will be remebered for your generosity of spirit and your beautiful works of art.
Linda Schroeter
November 19, 2010
I love this family. My thoughts and prayers are with each and every one of you. A very big loss to the LSU and Baton Rouge community. You know where I am if any one of you need me.
Sheila Yoakum Courville
November 19, 2010
I am shocked and saddened to hear of Michael's passing. He was my Art teacher at LSU in the late 70's, and he helped me out so much. He gave me some great ideas which will last a lifetime for me, and I remember his patience and love for Art. My thoughts and prayers are with his family.
Lisa Sanchez
November 19, 2010
As a fellow graduate of Lee High in 64 with Michael, I was saddened to learn of his untimely death. He was a gifted individual in all of the arts. I am glad that he found his calling in the fine arts. He has left behind a legacy for all of us to treasure. My thoughts and sympathy to all of the family and friends he left behind.
Charlotte Sobel
November 19, 2010
A wonderful, wonderful person. Met him 40 years ago – we played some music together and just had a good laugh (we worked together in NY)– we reconnected in recent years. He will be missed.
Manny Ytuarte
November 18, 2010
The world is a better place because of Michael, all he taught and the terrific works of art he left behind. It was a great privilege to know him and work with him at LSU.
Tom & Amanda
Tom Livesay
November 18, 2010
So sorry to hear of Michael's passing. I worked with him at LSU for 10 years. He was a great teacher and gifted artist. He will be missed.
Wanda Wise Meinschein (Mt. Airy, Maryland)
November 18, 2010 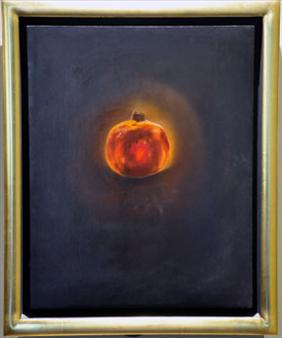 So, so sad to hear the news of Michael's passing. What a wonderful man, as well as artist, he was. I used to work in his Memphis gallery and was always in awe of his work. One day, he was packing up some unsold pieces to take back home, one of which was a small painting of a pomegranate that I really loved. In telling him how I was disappointed to see it go, he gave it to me on the spot without as much as a second thought. Thanks, Michael, for your kindness, generosity, and ever-calming presence.My heart goes out to Libby and the rest of his family.
Lee Schaffler
November 18, 2010
I remember Mike from our days at Lee High. I truly appreciated his work with the Canebreak Singers. I was shocked and saddened to hear of his death, and know he will be sorely missed. Bob Townsend, LHS, '64
Bob Townsend
November 18, 2010
A long time friend... I'll remember going to New Orleans with Mike to see Dave Clark Five and Hermann's Hermits at City Park Stadium...
Osie Moore
November 17, 2010
I was a student of Mr. Crespo's in the 90's. I believe I took 4 courses by him and thought he was a wonderful man who always took the time to talk to you about your work and encouraged you to find your own path through your art. A year ago I began painting again and contacted him for some advice and he was kind enough to respond and was excited for me that I had started back in my craft. I am saddened by his loss. My thoughts go out to his friends and family. I will always remember him.
Julie Labauve Amador
November 17, 2010
Michael Crespo made a huge difference in my life more than a decade ago. He made my transition to LSU a painless one. He provided my with guidance that ultimately led me to move to California which proved to be a life changing experience. He was a wonderful, inspirational and talented soul. My prayers are with he and his family.
Julie Quesada
November 17, 2010
Michael Crespo made a big difference in my life more than a decade ago. I'm grateful for the guidance he gave me. Its because of him that I moved to California which turned out to be a life changing experience. He made my transition to LSU a painless one. He was a kind, extremely talented and inspirational man. My prayers are with he and family.
Julie Quesada
November 17, 2010
Love to Libby and the family. Gratitude to Michael for bringing so much beauty into our lives and the world. Namaste'
Karla King and Robert Sherman
November 17, 2010
Julie Cacioppo
November 17, 2010
Showing 1 - 33 of 33 results