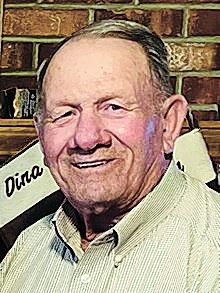 Published by The Advocate from Oct. 6 to Oct. 7, 2021.
To plant trees in memory, please visit the Sympathy Store.
MEMORIAL EVENTS
To offer your sympathy during this difficult time, you can now have memorial trees planted in a National Forest in memory of your loved one.
Funeral services provided by:
Ourso Funeral Home
MAKE A DONATION
MEMORIES & CONDOLENCES
3 Entries
Margie and family, I´m so sorry to hear of your loss. I know we´ve been out of touch since I took care of your mom. I would love to catch up with you and Iris. My heartfelt condolences to all who knew and loved Morris. May his memories be a healing balm in the hard days ahead. Praying for y´all.
Margaret LeBlanc Rose
Friend
October 11, 2021
One of the best Person I met,Very Nice person .The Family has my Sympathy
Nary Legleu
October 7, 2021
Offering our deepest condolences during this difficult time.
From the Staff of Ourso Funeral Home
October 6, 2021
Showing 1 - 3 of 3 results