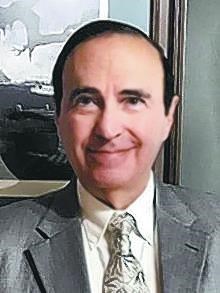 BORN
1948
DIED
2021
ABOUT
Jesuit High School
FUNERAL HOME
Resthaven Gardens of Memory & Funeral Home
11817 Jefferson Highway
Baton Rouge, LA
UPCOMING SERVICE
Burial
Oct, 16 2021
Resthaven Gardens of Memory & Funeral Home
Send Flowers
Nicholas J. Campo Jr., M.D., 73, of Baton Rouge, departed in the early morning of October 9, 2021 in Baton Rouge, LA. "Nick" was born in New Orleans, LA to Nicholas and Josie Campo on April 1, 1948. After prematurely losing both of his parents, Nick was taken in by his "Uncle Hyp" and Genevive "Aunt G" Guinle of New Orleans. They raised him and his two sisters as if they were their own, and they made it their mission to instill ethics and religious values in the children. After graduation from Jesuit High School, Tulane University, and Tulane Medical School (on full scholarship), Nick married Mary Helen Flynn at the age of 24. He then completed his residency in internal medicine at Charity Hospital in New Orleans, spent 50 years as an internist (and addictionologist), raised his family, and saved countless lives plagued by addiction. Despite a traumatic childhood that could have served as an excuse for mediocrity, Nick grew to become an outstanding husband, father, physician, and friend. He was caring and hard working, which contributed to the love and respect he enjoyed in the community. He was also profoundly spiritual. Truly, a man worthy of imitation. After losing his wife, Mary Campo, of fifty years during his bout with pancreatic cancer earlier this year, his ability to fight the disease decreased as the months passed in her absence. Nick loved her immeasurably, and he stated repeatedly after her death that he "just wanted to go see Mary". If anyone was deserving of such a gift, it was Nick Campo. He was surrounded by loved ones when they were reunited. Nick is preceded in death by Nicholas and Josie Campo (his parents), Hyp Guinle (his uncle), Genevive Guinle, Rose Caserta, May Caserta, and Anna Caserta (his aunts), Frank Campo (his brother), Theresa Campo (his sister), and his wife, Mary Campo. Nick is survived by his two sons, Nicholas "Nick" Campo III and Adam Campo, Taylor Campo (Nick's wife), Maura Campo (Adam's wife), Austin Campo (Nick III's son), Sophia and Gianna Campo (Nick III's daughters), Cullen Lemoine (Adam's son), his two sisters, Phylis Campo and Connie Parke, his nephews and niece, Shawn Giuffre, Brent Giuffre, and Laura Thomas, and his great niece, Josie Thomas. Pallbearers will be Nick Campo III, Adam Campo, Ewen Ritchie, Rob Lakey, Lance Bullock, and Navene Patel. Visitation will be held at Resthaven Funeral Home on Saturday, October 16th at 12:30 to 2:00 p.m. followed by a service with Father Randy Cuevas. Burial services will follow immediately on the Resthaven grounds (Both visitation and burial will be located at 11817 Jefferson Highway, Baton Rouge, LA 70816). In Lieu of flowers, please make donations to the American Cancer Society in the name of Nick and Mary Campo. The Campo family wishes to extend our sincere thanks to Dr. Gerald Miletello, Jessie and Ewen Ritchie, Bridget Dunbar, Courtney Lyons, Lance Bullock, Sharon Bullock, Jordan Keowen, Navin and Monjuri Patel, Joe and Carol Murphy, Father Julio Rivero, Sr. Dulce Maria, Father Randy Cuevas, and the staff at Hospice of Baton Rouge.

Published by The Advocate from Oct. 9 to Oct. 16, 2021.
To plant trees in memory, please visit the Sympathy Store.
MEMORIAL EVENTS
Oct
16
Visitation
12:30p.m. - 2:00p.m.
Resthaven Gardens of Memory & Funeral Home
11817 Jefferson Highway, Baton Rouge, LA
Oct
16
Burial
Resthaven Gardens of Memory & Funeral Home
11817 Jefferson Highway, Baton Rouge, LA
Funeral services provided by:
Resthaven Gardens of Memory & Funeral Home
MAKE A DONATION
Please consider a donation as requested by the family.
MEMORIES & CONDOLENCES
6 Entries
Dear Adam & Nicky, We were so very sad that we missed by a few hours being with Nick before he passed on. We believe that he could wait no longer to be with his love, his beautiful Mary. Nick helped so many people live again! You are both wonderful sons with admirable families who showed an inspiriing example of love, care and resepct for your Dad in his most difficult days. Nick and Mary live on proudly through you. Love, Aunt Kathy & Uncle Emanuel
Kathleen & Emanuel Fresko
October 15, 2021
As a registered nurse I had encountered DrCampo on several occasions and he was always very polite and genuinely warm person. He definitely made my life and those of his multitude of patients much brighter. Please accept my sincere and heart felt condolences.
David Waite
Work
October 15, 2021
My condolences to the family and friends of Dr. Campo. At a very low point in my life, he gave me peace, comfort and hope. He pushed me to be a better person and helped me break the chains of addiction, something no other doctor had done before. He was such an amazing man who loved his family so much and was so proud of them. Dr. Campo made such a difference in my life and he will surely be missed.
Molly Kurtz
Other
October 12, 2021
We offer our most sincere condolences to Dr.Campo´s family.Dr.Campo was always very cordial and pleasant in all of our interactions with him,and we truly appreciate Dr.Campo´s and his sisters´ understanding and assistance as we all fought through the Covid pandemic.We will miss him.May his soul Rest In Peace,and may perpetual light shine upon him.God Bless you family.
The staff and owners of Felixs Restaurant and Oyster Bar
October 11, 2021
Our sincere condolences to the family. Dr. Campo was a wonderful man! The Dr. part was just an added bonus! May God bless you all with His grace and peace.
Matt & Patti Galey
Other
October 10, 2021
My deepest Sympathy to everyone mourning this wonderful man especially Adam Nicky and families. Nick was our friend, family, Doctor and confidant. We miss him and Mary so much. God bless and keep them until we meet again. Love and prayers Patricia, Nicky, Kelly, Gabi, Sasha Anthony and Shannon
Patricia
October 10, 2021
Showing 1 - 6 of 6 results