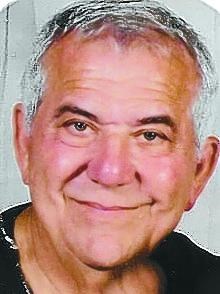 BORN
1945
DIED
2022
FUNERAL HOME
Harry McKneely & Son Funeral Homes & Crematory - Hammond
2000 N Morrison Blvd
Hammond, LA
Nunzio Pete Inzinna, of Springfield, Louisiana, passed away peacefully at his home surrounded by his loving family on Tuesday, January 4, 2022, at the age of 76. He was born on July 15, 1945, in Independence, Louisiana, the son of the late Emile Joseph Inzinna and Virginia Macaluso Inzinna. Nunzi grew up in Independence and was very active in the community. He attended Mater Dolorosa Catholic School and Church throughout his life and was a graduate of Independence High School Class of 1963. He stayed in touch with his high school classmates and organized the different socials and gatherings that they held over the years. Nunzi was chosen to portray St. Joseph for the Bonfiglio Family's St. Joseph Altar for over 30 years and he started the Little Conference Football in Independence where he became a mentor to many of their young players. He played a pivotal role in raising money for many community organizations and local political campaigns. Nunzi will be dearly missed by his family and everyone that knew him in the community. Nunzi is survived by his wife of 54 years, Emily Breaud Inzinna; children, Todd Inzinna (Catherine), Dana Inzinna, Tina Martello, and Brody Inzinna (Tara); grandchildren, Ashley Inzinna, Blake Inzinna, Yazmine King Hernandez, Jacob Talley, Thaddeus Bobo, Lucas Bobo, Nunzio Martello, Luciana Martello, and Rylie Inzinna; great grandchildren, Giuliana Dykes and Collin King; sister, Josephine Vilardo; niece and godchild, Cynthia Alessi (Bernell); nephew, Salvador Vilardo, Jr. (Laura); and niece-in-law, Robin Vilardo. In addition to his parents, Nunzi was preceded in death by his infant brother and sister, Emile and Martha Inzinna; nephew, Michael Vilardo; son-in-law, Brandon Martello; and brother-in-law, Sal Vilardo. Family and friends will be received at Harry McKneely & Son Funeral Home, 2000 N. Morrison Blvd, Hammond, Louisiana 70401 on Monday, January 10, 2022 from 10:30 am until 12:30 pm. A Funeral Mass will be held at Mater Dolorosa Catholic Church, 620 3rd St. , Independence, Louisiana 70443 on Monday at 1:00 pm, with Fr. Jason Palermo officiating. Entombment will follow at Colonial Cemetery in Independence, Louisiana. Pallbearers will be Donald Mars, Anthony Lynch, Jacob Talley, Blake Inzinna, Thaddeus Bobo, Lucas Bobo, and Nunzio Martello. Honorary pallbearers will be Andrew Capone, Fred Chandler, Weldon Russell, Fred Charles Piazza, Gary Lee Carroll and Fred Baglio. In lieu of flowers, Masses are welcome in his memory or donations to Bridgeway Hospice in Baton Rouge at bridgewayhospice.net/donate. An on-line guest book is available at www.harrymckneely.com.

Published by The Advocate from Jan. 7 to Jan. 10, 2022.
To plant trees in memory, please visit the Sympathy Store.
MEMORIAL EVENTS
Jan
10
Visitation
10:30a.m. - 12:30p.m.
Harry McKneely & Son Funeral Homes & Crematory - Hammond
2000 N Morrison Blvd, Hammond, LA
Jan
10
Funeral Mass
1:00p.m.
Mater Dolorosa Catholic Church
620 Third St, Independence, LA
Funeral services provided by:
Harry McKneely & Son Funeral Homes & Crematory - Hammond
MAKE A DONATION
MEMORIES & CONDOLENCES
7 Entries
To the Inzinna Family: I am so sorry for your loss. My mom and Mr Nunzio graduated together at Independence. I thought a lot of Mr. Nunzio while growing up & playing sports in Independence. He was a fun guy to be around. Prayers for your family during this difficult time.
Sam Hodges
January 10, 2022
We are so sorry for your loss Tina. May you find comfort in your memories and in knowing he is with the Lord. He was a very kind man and we always enjoyed talking to him.
Robert & Jamie Alfonso
Family Friend
January 7, 2022
So sorry to hear of Nunzio passing. He was a good friend at Indy High School. My condolences to the family.
Judy Fresina Jones
January 9, 2022
We will all miss you Nunzie. Glad we had an opportunity to reunite at our class reunion and other social gatherings. You were always the one who encouraged us to get together and we all had a good time when we made the effort. Again, we will miss you, my friend. May God bless and keep Emily and your entire family during this difficult time.
Brenda Crayton Giacone
January 8, 2022
So sorry for your loss. Our prayers are with you.
Gordon Anderson
January 8, 2022
We were friends since first grade till his passing. Nunzie never forgot me in any event and was always there for me. I'll never forget him
fred piazza
Classmate
January 8, 2022
Love you dad! You were an awesome father and grandfather! Miss you so much...... Please pray for us on Earth.
Dana Inzinna
January 8, 2022
Showing 1 - 7 of 7 results